The ABC are set to show Saturday night football on their main channel in a TV rights coup for football in Australia, says the Daily Telegraph.

Fox Sports and the national broadcaster are in talks to finalise a deal for the 5.15 game to be shown live on the ABC's main channel every Saturday night for the first time in A-League history.

Recent free to air A-League TV deals have only seen 10 and SBS broadcast matches on their subsidiary channels to a limited audience, but W-League games on the ABC regularly attracted higher viewing figures than A-League games on Fox Sports.

And hopes are high the move to ABC primetime could help revitalise the competition this year.

It comes as A-League owners and the FFA finalise the deal to formally separate.

A completed deal was supposed to have been signed off by August 1 but the legal details are still being pored over before the handover can be done.

However Paul Lederer – Western Sydney Wanderers owner and chairman of the Australian Professional Football Clubs Association taking over the A-League – today insisted the deal would be done before the season starts, despite concerns state member federations were blocking the move. 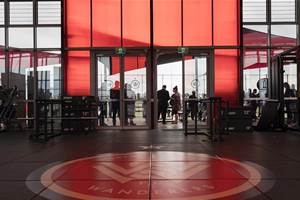 "The FFA, the PFA, the states and us have all agreed," he said at the launch of the new WSW HQ in Blacktown. "There is no disagreement. It's a matter of putting it down on paper.

"There's been lots of discussions and lots of different views – but at the moment, no issues with the state federations. They've got on board and things are good.

"It's time. It's very important. The FFA have done a great job over the years but it's time for the separation. It's time for us to let us run our own game or our own race."

Lederer also promised fans would see the launch of a high profile marketing campaign to further help put the A-League back on the map.

"The marketing campaign will be very extensive," he promised. "More than the FFA. And the financial commitment to the game from the clubs will be significantly more.

"Because all of a sudden the owners can see the light at the end of the tunnel. They're going to say, 'Right, we're going to invest. It's our game, it's our thing.'

"It's different psychologically and in reality." 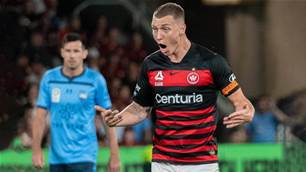