Another Australian will be playing in the English League One, with defender Jay Rich-Baghuelou joining Accrington Stanley FC.

The 22-year old Olyroo has made the move to League One side Accrington Stanley, leaving Premier League club Crystal Palace.  The move is the latest in the Gold Coast native's six year English footballing journey.

The Olyroo moved over to England when he was 16, despite not having a club to play for. He then joined National League South side Dulwich Hamlet followed by their rivals Welling United.  The defender was then spotted and signed by now-Premier League club Crystal Palace.

Rich-Baghuelou joined the Eagles in January 2020.  The defender went on to play 20 times for the academy's U-23 team last season and became the captain of the side.  His leadership lead them to a promotion into the Premier League 2, the top flight's development league.

The 22-year old was also part of Australia's men's Tokyo Olympic campaign, making his debut as an Olympian against Egypt last year.

"He's a lad who's desperate to do well and he ticks all the boxes for what we want'" said Coleman upon signing Rich-Baghuelou.

"He's hungry, physical, quick, athletic and he can play, so hopefully we can set him on a path to greater things."

Speaking about how he heard of the interest from the Accrington, Rich-Baghuelou said:

"I heard about it a week ago.  The gaffer came to watch me when I played against Everton U23s.  I got a call after the game saying there was interest.  I was over the moon."

His move has now been officially announced by Accrington Stanley FC.  The Lancashire based club plays in League One, the third tier of the English football system.  They are currently eleventh in the league, out of twenty-four teams, sitting eight points below a possible promotion position.

"Absolutely buzzing to have signed for Accrington Stanley - a great club with rich history and traditions. Can’t wait to get started and really kick on! Above all, I can’t wait to meet and play in front of the fans"

Absolutely buzzing to have signed for @asfcofficial - a great club with rich history and traditions. Canâ€™t wait to get started and really kick on! Above all, I canâ€™t wait to meet and play in front of the fans🙌🏽
Thank you to @4dsportsgroup for making it happen👊🏽 pic.twitter.com/1m3QC5B2Yv

His new club could put the Olyroo straight to work.  The 6-foot-5 defender has been included in Stanley's squad for tomorrow's match against Sunderland.  Their League One game will be held at their home grounds, Wham Stadium.

Accrington Stanley have not disclosed the length of Rich-Baghuelou's contract but have specified he will be wearing the number 3 shirt. 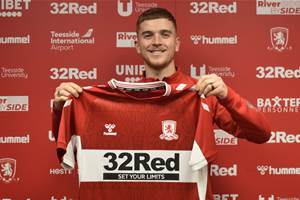 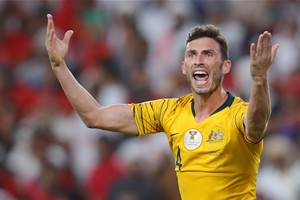 More news about the EFL League One can be found on their website.