Adelaide United's attacking brigade will be boosted by the return from injury of Kusini Yengi for Sunday's game against Wellington Phoenix.

Adelaide United's imposing strike-force will be boosted by the return of marksman Kusini Yengi for Sunday's A-League clash against Wellington.

Yengi has overcome a hamstring injury and re-joins Adelaide's squad to face Phoenix.

"Unfortunately, with no exemptions granted for our opponents to enter the state and take part in the match without a lengthy quarantine, the decision was taken out of our hands."

The postponement leaves Adelaide and Wellington as the Sunday focus in what looms as a pivotal clash for both clubs.

Third-placed Adelaide have banked seven wins, two draws and just one loss in their past 10 games.

"The brand of football we are playing at the moment is really exciting and a high-pressure type of football," Reds coach Carl Veart told reporters on Saturday.

"Wellington have had some really good results of late and so it's going to be a tough trip for us ... they're a very good footballing side and in transition they're very good, it's something that we have to be mindful of."

Phoenix have revived their finals hopes with two wins and a draw in their past three outings - they're a win outside the top six.

Wellington drew 1-1 result with Western United on Thursday night in Tasmania before travelling to NSW for a third game in eight days, but Veart dismissed fatigue as a potential factor for Phoenix.

"Teams now in the A-League are very professional and very fit and can manage three games in a week," he said.

The return of Yengi, a likely substitute, gives Veart more attacking options to complement frontman Tomi Juric, who has scored three goals in his past three games.

"The way that we set the team up now, it's more about attacking the game and wanting to dominate the game," Veart said.

"That is clearly evident in the style of football we have played in the last six or seven games so we're going to continue that." 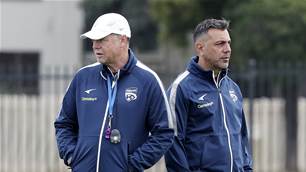 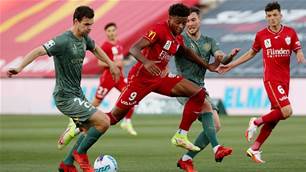