Toure has joined midfielder Louis D'Arrigo in signing fresh deals tying them to the Reds until the end of the 2022-23 season.

Both are in the midst of breakout domestic seasons, with the Guinea-born Toure recently scoring on debut for Australia's under-23 side.

The 19-year-old shot to prominence with five goals in Adelaide's FFA Cup campaign which included being awarded the Mark Viduka medal for best-afield in the Reds' cup final win.

"Al Hassan and Louis are two of the best young footballers in the country so we're delighted to have secured their services for the next three years," Adelaide's football director Bruce Djite said on Friday.

"Not only do they both boast enormous potential, Al Hassan and Louis also have the right mentality and character to develop into much better players than they are today." 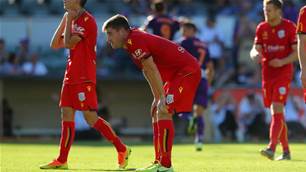 'Age is never a problem' as more Reds bite the dust 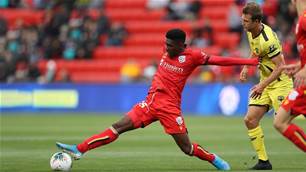 Adelaide striker Toure out for the season?