Adelaide United will host next week’s A-League Elimination Final after smashing Brisbane Roar today in Round 27.

The hosting scenario was confirmed after United defeated Roar 5-3 at Suncorp today.

The Reds have now secured the fourth spot on the ladder after their smashing win in the Sunshine State.

It means Wellington Phoenix in fifth cannot catch Marco Kurz’s men for the much-coveted hosting rights in Week 1 of the Finals. 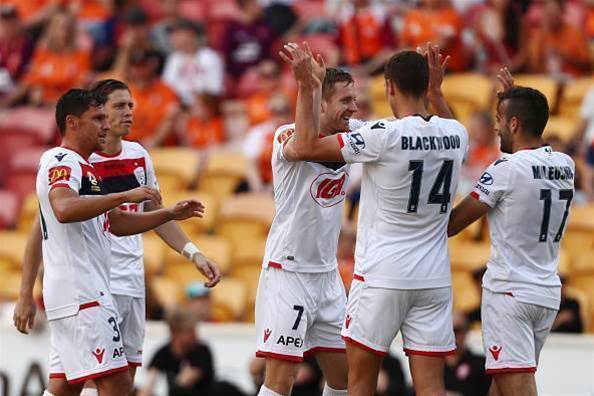 Both top sides on the A-League ladder earn a week off in Week 1.

The Reds are most likely to face Wellington Phoenix in their Elimination Final in Adelaide on Sunday week.

Victory and City are likely to face off in the second Elimination Final in Melbourne.