Adelaide United have opened the season with back to back draws after a 1-1 result against Newcastle Jets in a fiery encounter at Coopers Stadium.

A fairly timid first half was brought to life late on when Craig Goodwin's dipping freekick clipped Glen Moss's crossbar, before Moss was called upon to deny Goodwin from a tight angle on the stroke of halftime.

The Jets opened the scoring seven minutes into the second period when Jason Hoffman pounced on a Michael Jakobsen mistake to provide Ronald Vargas the opportunity to open his A-League account from close range.

Adelaide soon hit back when Michael Marrone produced a tantilising cross which Craig Goodwin headed home in the 63rd minute to level the scores. 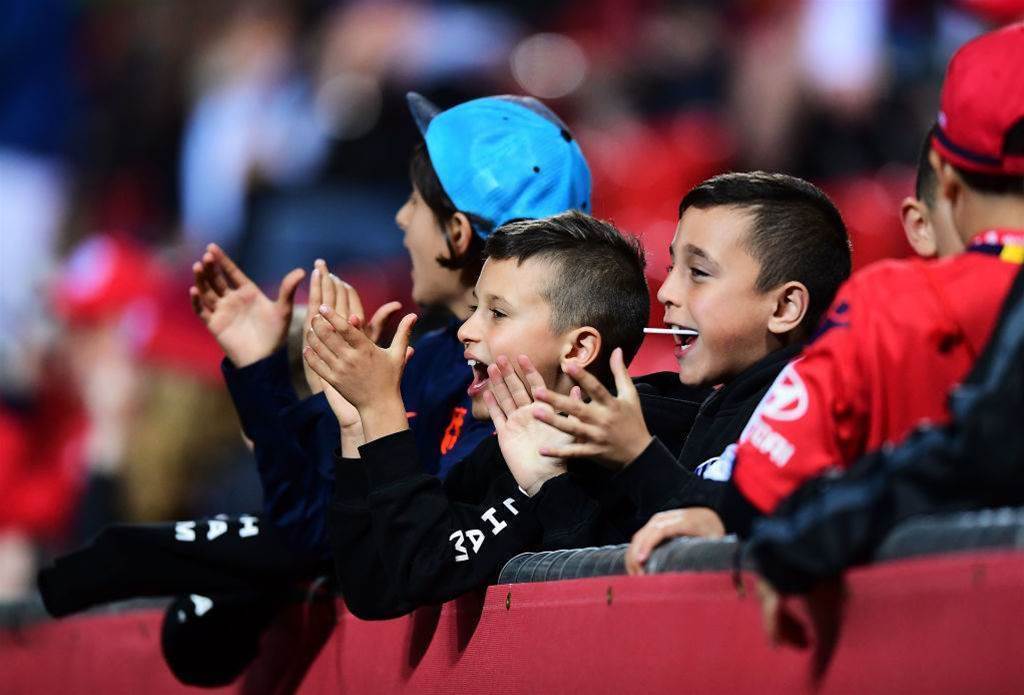 Jason Hoffman should have put the Jets back in front shortly after but his point blank header was brilliantly saved by Paul Izzo to keep the scores level.

The game looked set to fizzle out as it entered the 90th minute before all hell threatened to break loose after Jets goalkeeper Glen Moss collided with Adelaide striker George Blackwood in the area.

Adelaide players demanded a penalty but their protests were waved away, with the Jets ultimately awarded the freekick. Tempers flared as players from both sides clashed, with Daniel Georgievski and Michael Jakobsen picking up bookings as they exchanged differing views on the incident. Reds goalkeeper Paul Izzo also went into the book for his protests.

A furious Marco Kurz let his feelings be known after the full time whistle as the Jets picked up their first point of the campaign, while Adelaide now turn their attentions to Tuesday's FFA Cup Final against Sydney FC.

Didn't have a great deal to do, but made one key reflex save off Jason Hoffman to keep scores level. His distribution was poor at times as the Jets were effective in stopping the Reds from playing out.

Worked tirelessly down the right flank and provided an excellent cross for Adelaide's equaliser. His slip almost allowed the Jets to retake the lead, but did well to keep Jair, and then Austin, quiet.

Defended well and made some crucial tackles to keep out Newcastle's attacks. Was unlucky to be caught out of position for the opening goal after winning a tackle on the halfway line. 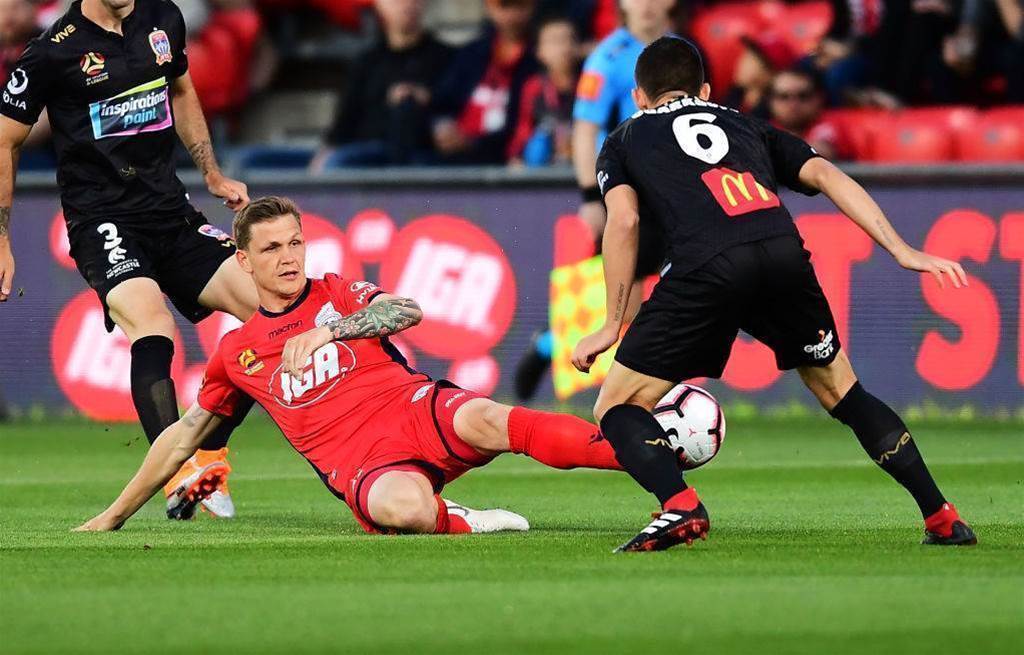 Was bailed out by Elsey in the first half after making a horrible mistake, but noone could save his blushes as his mistake led to Newcastle's opener. Also got needlessly involved in the fracas in the dying moments to pick up an unnecessary yellow card.