The A-League season kicked off with an understandable rustiness as Adelaide United and Sydney FC battled across ninety minutes at Coopers Stadium, ultimately finishing the match in a draw.

With both Baba Diawara and George Blackwood unavailable, Marco Kurz opted to play fringe Socceroo Ben Halloran up front, a move that saw some moments of superb build up from United.

Both teams appeared out of sorts throughout the match, although Adelaide largely dominated the affair as Sydney struggled to find their rhythm. Despite the caginess of the match, Scott Galloway’s opener was well taken, with Sydney FC’s subsequent equaliser a product of the magic of Milos Ninkovic.

The loss of Trent Buhagier seemingly appears to have hampered Sydney more than was expected, as the Sky Blues appeared bereft of pace up front.

Some poor clearances in the first half, including a moment that would have been one to forget had de Jong’s dipping shot found its way in. Untroubled for most of the match.

Did not have much to contend with in the way of pace but was caught out as Ninkovic was played through to create Sydney’s equaliser.

Was a force to be reckoned with at times, displaying all the qualities of a player growing in to one of the better defenders on offer in the league. Arguably should have handled Ninkovic’s cross in the build up to the equaliser with better judgement.

Unnecessarily mishit his passes at times, but was composed defensively alongside Elsey.

Made some positive marauding runs through midfield but was kept mainly to defensive work for most of the first half. That was until he stunned all watching by spotting Andrew Redmayne off his line and unleashed with a screamer from outside the box, the opener of the 18/19 A-League season.

Well and truly one of the classiest midfielders the league has ever seen. Despite a lack of time on the ball, the moments he did have were ones to savour.

Was eager to get on the ball and looks an exquisite replacement for Daniel Adlung. Seemed to be on the end of every kind of rough challenge from a Sky Blue Player. 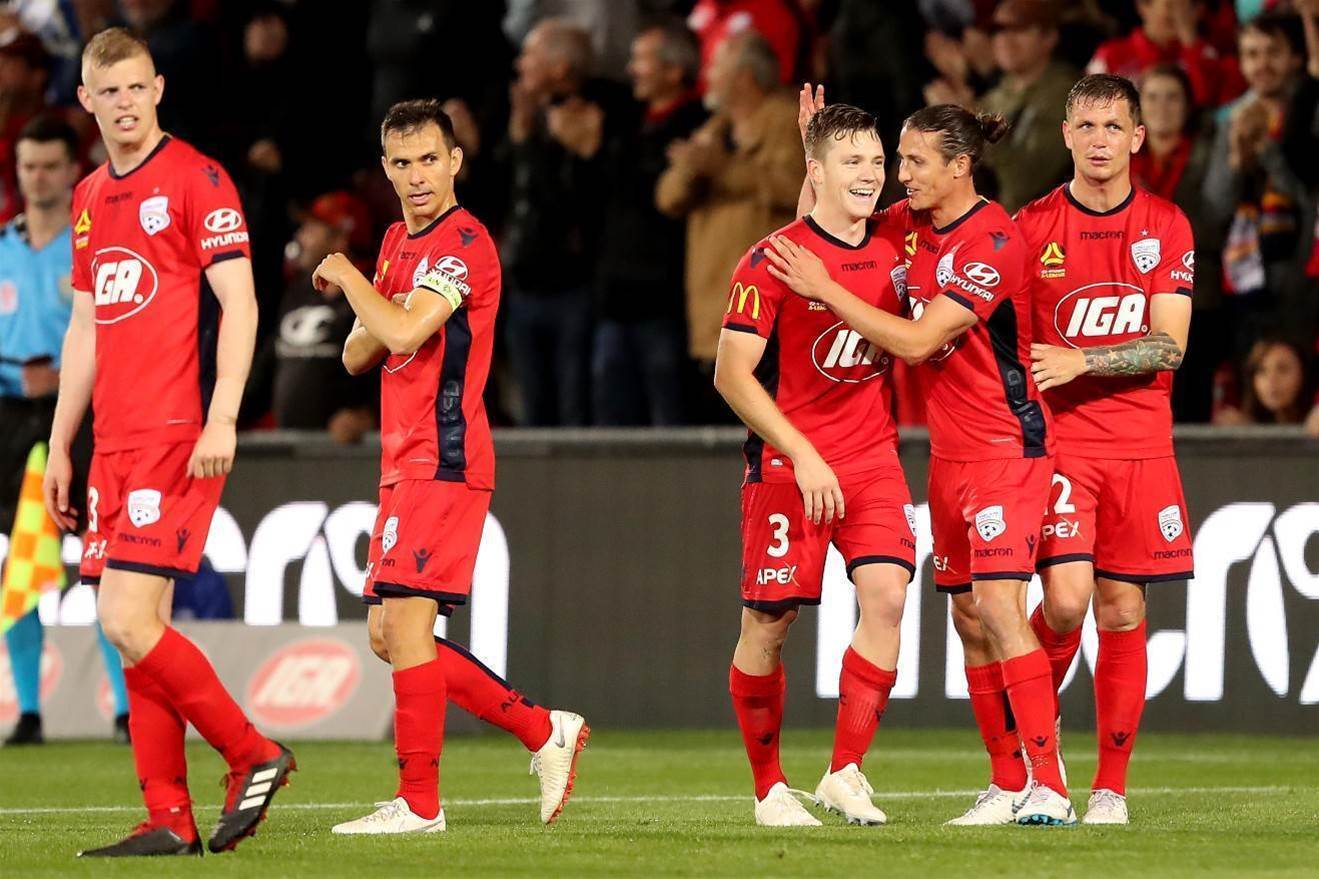 Had a fairly solid game and was good in the moments he had on the ball down his flank.

Played some excellent through balls and was at the heart of Adelaide’s best moments. Laid on the assist for Galloway’s opener.

Played up front and was relatively successful in an unfamiliar role, especially in linking up with Strain. At times he was left isolated in the number nine role, often dropping in to midfield to create something for his team.

The Danish ‘Zlatan’ was unlucky not to start but was given too few minutes to change the state of the game.

Made an exceptional diving save in the first half against and continued to stand up well against Adelaide’s dominance throughout. Although, he was undeniably caught off his line for Galloway’s opener.

A bit haphazard in some of his challenges, but was critical in allowing Sydney to utilise the space out wide.

A quiet night in terms of stats, but his presence and dictating of the backline is second to none in the A-League.

No nonsense and calm for a large majority of the match until a late chance where he allowed a cross to bounce through to Halloran who, luckily for the Dutchman, saw his tame shot saved.

Was positive in linking up with Zullo, whilst finding himself largely untroubled by Ryan Strain. Sent in some impressive crosses.

Had difficulty maintaining his typical composure in possession as a lack of time on the ball played down his potential impact. Involved in an unnecessary off the ball incident early in the second half.

Sydney’s best player in the first half, contributing all over the pitch. Carried his good effort in to the second stanza.

Some off touches in his first A-League game, especially in a first half where nothing seemed go his way. Nearly left Izzo red faced with an effort from the halfway line. Displayed his class in his work in tight areas.

Unusually his passing was largely unsuccessful in the first half. Despite occasional good play throughout he well and truly sprung to life in the final half hour, assisting le Fondre’s equaliser as he was played through on the wing. The Sydney captain was set up alongside le Fondre up front and was nullified for much of the game, possibly due to an early shoulder clash with Elsey.

Toughed out the imposing presence of Jordan Elsey as he bagged himself another sausage roll tonight! A well taken goal synonymous with the former Reading man from his time in the first and second divisions of England.

Brought on a much needed energy and desire as he arrived late on.