Riley McGree is returning to his initial A-League club Adelaide United after the Reds paid a transfer for him in a trade with Belgium's Club Brugge.

McGree had spent the past 18 months in the A-League on loan, initially at Newcastle and last season at Melbourne City.

The 20-year-old made his A-League debut for Adelaide before signing in July 2017 with Brugge, where he didn't play a senior game.

Adelaide bought McGree for an undisclosed sum – a rarity in the A-League where clubs normally only sign free agents – and he has inked a three-contract with the Reds.

"As a team, Adelaide had a very good season last year and were unlucky to miss out on a place in the grand final so I have big ambitions for the club and myself," McGree said in a statement on Friday.

Adelaide's football director Bruce Djite said the purchase of McGree was one of the most significant signings in the club's history.

"At just 20 years of age, Riley is only beginning to scratch the surface in terms of what he can achieve in his career," Djite said in a statement.

"His potential is undoubted." 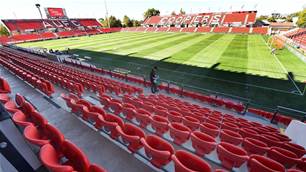 No rush for Reds to find new coach...