Everything you need to know for Adelaide United's do-or-die finals clash against Melbourne City. Our verdict? Who knows with City...

Adelaide: United takes league-best form into the finals, with four wins and a draw in their last five. The only hiccup in that run was a 0-0 draw with City in Melbourne.

City: City has only produced back-to-back wins once this season, in January. Their last-out 5-0 belting of Central Coast will have no bearing on this.

Adelaide: Marco Kurz. Perhaps remarkably, United's suits have called time on the German’s tenure in Adelaide prior to the end of the season. He will leave after making the finals in both his campaigns.

City: Warren Joyce. Unlike United, City are yet to make a call on their uncontracted boss. The much-maligned Englishman has gone backwards on last year’s finish but could yet produce something special.

City: Jamie Maclaren. After scoring five goals in his first four City appearances, the goals have dried up for the Socceroos striker but there’s no doubt over his class.

Adelaide and City have a feisty rivalry built off the back of a steady flow of players between the two clubs. Ex-City skipper Michael Jakobsen now calls Adelaide home while Eugene Galekovic, Scott Jamieson, Iacopo La Rocca, Dario Vidosic and South Australia-born Riley McGree have all played for United. City have the wood over United; Kurz hasn’t bettered Joyce’s side in six meetings.

By using their heads. With 11 goals from the air, Adelaide will like their chances against City from set pieces and crosses. In Goodwin and Ben Halloran, they have two fine crossers.

Win the midfield battle and cut off supply. If Luke Brattan and the league’s leading tackler Kearyn Baccus can better Isaias and co in the middle then City can get the game on their terms.

A genuine coin-flip that could rely on which version of City turns up. 2-1 Adelaide. 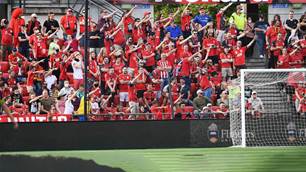 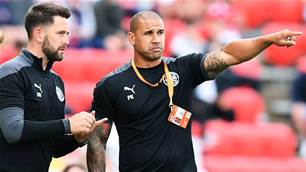 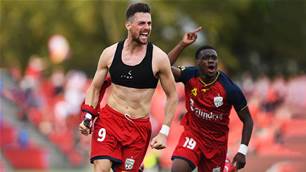