Sydney FC and Perth Glory won't start their Asian Champions League campaigns next week after authorities made the decision to postpone matches involving Chinese clubs due to the coronavirus outbreak.

The Glory were set to host Shanghai Shenhua in their maiden ACL match next Tuesday at HBF Park, while Sydney FC's opener was the next day against Shanghai SIPG.

An urgent meeting was held between stakeholders at AFC headquarters in Kuala Lumpur on Tuesday after the FFA informed the AFC on the weekend Australia couldn't host the matches due to federal government travel restrictions on foreign nationals entering the country from mainland China.

The restrictions had been imposed following the outbreak, which has killed hundreds and left thousands ill.

The AFC announced following the meeting that all matches involving Chinese clubs in the first three matchdays of the competition had been postponed.

The games will now be held in April and May.

Glory's clash with Shenhua will now be played on April 28 while SIPG's visit to Sydney is scheduled for April 29.

It seems Shenhua were expecting such an outcome, with a Chinese Sports Media group reporting the team had cancelled their travel plans to Perth.

"Since their entry to Australia is blocked, Shanghai Shenhua cancelled their tickets to Australia on Sunday and went to Dubai for pre-season training this morning instead," Titan Sports Plus tweeted on Tuesday,

Both games will now be played between the end of the A-League regular season and the finals, which first-placed Sydney and third-placed Perth are both well set to feature in.

Melbourne Victory's match with Beijing FC, originally scheduled for March 3, will now be played on May 26.

Organisers have also decided the east zone round of 16 matches will be played on proposed dates of June 16 and 17 with the return legs on June 23 or 24.

A deadline of 21 days has been set before each rescheduled match and if it decided the games can't go ahead as scheduled, the host club will have to nominate a neutral venue at least 14 days before the match day.

The coronavirus outbreak has created chaos with several sporting events including China's domestic football campaign, which was postponed last week until the situation is resolved.

The original match schedule for the ACL had already been modified so Chinese clubs could play away in the first three match days but the imposition of travel restrictions by governments like Australia's had made it impossible for those matches to be played.

China's women's team has been forced to train in the corridors of a Brisbane hotel after being placed in isolation ahead of their Olympic qualifiers in Sydney.

There's also concern over China's World Cup qualifiers against the Maldives and Guam in March. 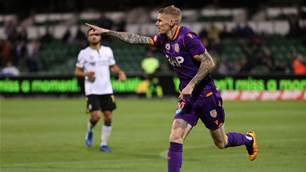