Brisbane Roar were dished up a heavy fine for failing to properly feed an AFC delegation during their recent Champions League campaign.

Roar will have to pay more than $17,000 in fines after breaching strict protocols in their 2-1 home win against Japanese side Kashima Antlers on April 12.

The club was slapped $13,400 (20% of its matchday subsidy) for failing to provide three “international buffet style” meals per day for a six-person AFC delegation.

Regulations required the five referees and the match commissioner receive the meals upon their arrival in Brisbane to one day after the match.

The A-League outfit was also hit with an $4,030 fine for allowing two unauthorised photo journalists onto the pitch.

In total, Roar’s penalty is significantly more than Muangthong United copped after Aussie goalkeeper Jamie Young suffered a deep gash from a metal ring attached to a goal post at SCG Stadium. 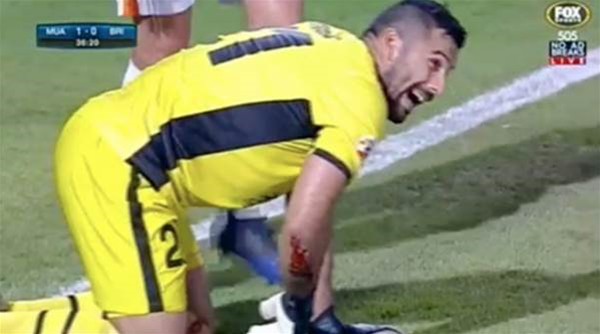 This gashed Jamie Young's arm like a machete, but it's ok... @theafcdotcom taped up all labels on fridges and toilets. pic.twitter.com/Q9kM6kqE4U

Young opens up: That shouldn't have happened

Young received 26 stitches and was for fortunate to back up for the club’s A-League semi-  final clash against Melbourne Victory a few days later.

Muangthong have to pay $13,000 for the incident. A total of nine clubs were found to have fallen foul of the AFC’s strict regulations.