New Brisbane Roar signing Tom Aldred admits he knows little about Australian football or his new club, but says heading Down Under was an opportunity that was "too good to turn down".

Defender Aldred has agreed a one-year deal with Roar after leaving League One side Bury.

The English centre back has had nomadic career since making his debut for Carlisle United in 2008, with spells at 12 different clubs in the past 11 years.

Last season the 28-year-old made 37 appearances in Scotland on loan with Motherwell.

Aldred said he is "buzzing" to be joining Robbie Fowler's Brisbane.

"I’m over the moon, excited, buzzing. Lots of different emotions about it, I’m really, really excited to be fair," he told BBC Lancashire Sport.

"Especially at the point where I am in my career, I’ve just come back from playing 18 months in Scotland. I’ve done my time in England as well and I just felt like the time was right."

🎥 “Over the moon, excited, buzzing”

Aldred has spent of his professional days playing in League One and Two.

The Bolton-born central defender feels he is at his peak as he readies to move to the A-League.

"Last year I played every minute of every game, I felt like I had a good season," he said.

"So physically and mentally now as a centre half, which I do think is important as you get older, I feel as good as I can be and hopefully I can improve.

"I’m not just going there to sit enjoy what's obviously going to be a lovely place.

"I’m going there to kick on in my career and take my career to another level and another place." 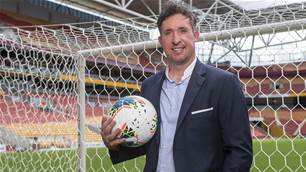 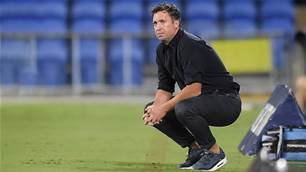