The New Zealand international said winning a grand final for Wellington would cap off his career.

"That's a big career-long dream of mine," Barbarouses said.

"We came close when I was a kid the first time around but, given I didn't play too much, I didn't feel too much a part of that. I'd love to be as involved as I will be over the next couple of years and bring a title home.

"We've got a great chance and I think the boys have grown a lot over the last couple of years. What they've sacrificed and been through I think it's going to hold us in good stead.

"I've got no doubt we're going to work hard to achieve that and if we can do it, I will be fulfilled career-wise."

The Phoenix made the finals last season being predominantly based in Australia due to pandemic travel restrictions and are set for their first campaign back full-time in New Zealand in three years.

Coach Ufuk Talay expected Barbarouses, who has scored 80 goals in 270 A-League games, to give the Phoenix the edge they needed to kick on towards silverware.

"It's very important to have players that have experience winning titles, lived it, and know what it takes to get to that point," Talay said.

"I think he'll be very valuable in that sense for our younger players." 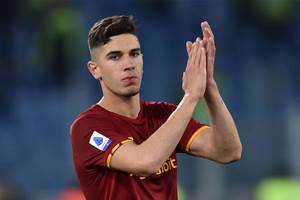 Dual nationality attacker Cristian Volpato’s allegiance to Italy has gathered momentum, with the Sydney-raised youngster scoring for the Aurruzzini against Romania at the Euro U-19 Championships in Slovakia on Sunday. 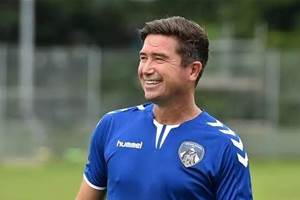