AC Milan coach Massimiliano Allegri says Mario Balotelli's time to shine is now after his goals helped his side beat Palermo 2-0 on Sunday.

The Italy international struck once in each half to keep AC Milan within touching distance of second-placed Napoli, who secured a 3-2 win over Atalanta.

Balotelli has now scored seven goals since his high-profile return to Italy and Allegri believes his youthful AC Milan side – led by the former Manchester City forward – can be the platform the striker needs to showcase his talent.

"I think it's an important opportunity for Balotelli, as for the first time he is the protagonist in a team full of youngsters," Allegri told reporters after the game.

"He is relaxed and an excellent professional. He has been on the European stage for seven or eight years, but this is his best chance so far to really show his qualities."

Allegri was also quick to play down reports of a rift between himself and striker Stephan El Shaarawy, who stormed down the tunnel following his second-half substitution.

"Stephan El Shaarawy is having an extraordinary season that nobody expected, so it's only normal he will have a slight dip in form," Allegri said.

"He played well today and almost scored a goal, but at that moment I needed fresh legs.

"He needs to relax, as he is doing so well and his performances help the team just as much as goals." 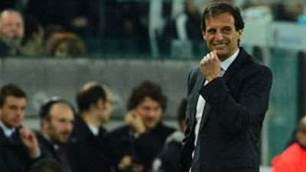 Allegri hits out at 'backwards' supporters 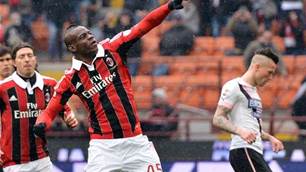 Balotelli among world's most influential people