Australia play UAE at Allianz in a fortnight for the 2018 World Cup qualifier as Postecoglou announced his 23-man squad this morning in Melbourne.

It comes after former Socceroo captain and Mariners boss Paul Okon slammed the pitch after his side fell to the league leaders last week.

The multi-purpose stadium, which is used for NRL and Super Rugby, also raised eyebrows in Sydney’s 3-1 win over Wellington Phoenix last month after a rugby sevens tournament was previously played there.

Postecoglou rued the state of Allianz Stadium and reiterated the importance of conditions which suit the national team’s style of play - and made a tongue in cheek comparison with cricket.

“I’d suggest if we created a Test wicket that suited the Indians here, even the Prime Minister would have something to say about it,” The Socceroos boss said.

“But it seems our football team, who are trying to get to a World Cup, maybe aren't as important.

“You’d like to think the home games will suit us, although looking at the pitch the other night, that’s a bit of a concern for me.

“(It’s) not looking good, hopefully and I’m sure they are working hard on it but I’ve banged on about it for pretty much the day I got in. I think they don’t realise the importance of making home conditions favourable to us in the way we want to play.

“I’ve said in the past the quality of the pitch is pretty important to how we play our football.” 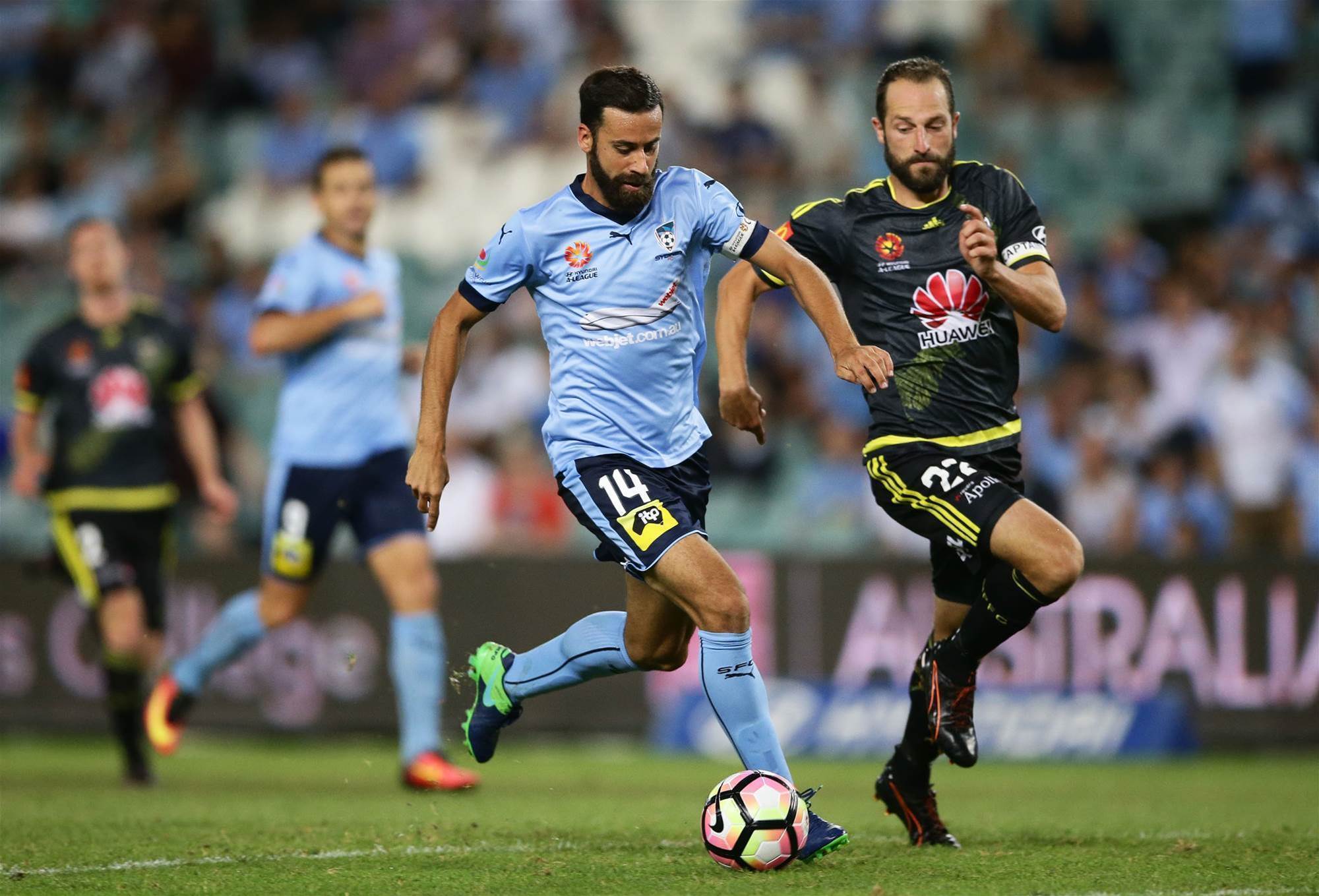 Sydney in action against Wellington at Allianz in R19

Postecoglou was pleased the away fixtures in 2017 would provide the conditions which will suit the Socceroos’ style of play.

Australia travel just twice for the qualifying matches this year – the upcoming game against Iraq in Tehran, Iran and Japan at the end of August.

The Socceroos travelled to Saudi Arabia, UAE and Thailand in 2016 where Postecoglou described the conditions as “extreme”.

“It’s bit of a funny one, playing in neutral territory (Tehran) sometimes you don’t get that sense of urgency you get when you play away from home,” Postecoglou said.

“We had a hard year last year, had to grind out some results particularly playing away from home but the good thing about this year. Even in Tehran next week is the conditions in all the games will suit our style of football.”