Terry Venables brought a wave of Australians to English first division club Portsmouth after his Socceroos managerial spell, but John Aloisi was the only success.

While Aloisi would stay on to score 29 goals at Pompey and forge a successful English career at Coventry soon after, the other four Venables signings would leave the club with their manager.

But he also brought through then-Socceroos midfielder Craig Foster, who despite failing to secure a place at Portsmouth, went on to have a successful career under Venables at Crystal Palace, among others.

"In the summer of 1997, Terry Venables used his knowledge of the Australian game to bring in five of us, the others being Robbie Enes, Craig Foster, Hamilton Thorp and Paul Harries,’ he told Played Up Pompey Too.

"By the end of my first Fratton Park season they had all gone, along with Venables and Terry Fenwick.

"I refuse to believe Venables would have recruited any of us if he felt we couldn’t play or didn’t regard us as good enough to perform in Division One. It’s just that sometimes it works out for a player, sometimes it doesn’t.

"The other four had come directly from Australia, Pompey was their first taste of European football and it doesn't necessarily click overnight. It was a big difference compared to back home.

"Whereas I had already been in Europe for five years, previously with Standard Liege and Royal Antwerp before Cremonese, so could empathise with the others requiring time to adjust.

"The first year you miss home but then get used to the lifestyle and the style of football, ensuring you can start showing what you are able to do.

"At Pompey, they were not allowed that settling-in period, it was virtually 'You need to adapt straight away and start playing well right now.'

"Unfortunately they didn’t and when Venables left five months into the season that was it. They hadn’t the runs on the board to show the new owner or new manager they were good enough to feature for that team.

"You would expect the leaders of the club – or whoever recruited them – to anticipate there may be a period when they are not adapting as quickly as you would like.

"It is then up to the club to help them adjust, but unfortunately Pompey at that time didn’t have a great deal of foreigners, so it was a bit new to everyone.

"I wouldn’t say they didn’t help any of us Australians to acclimatise, but nowadays most clubs would find them a house and help organise a bank account – back then you had to do the majority of that yourself." 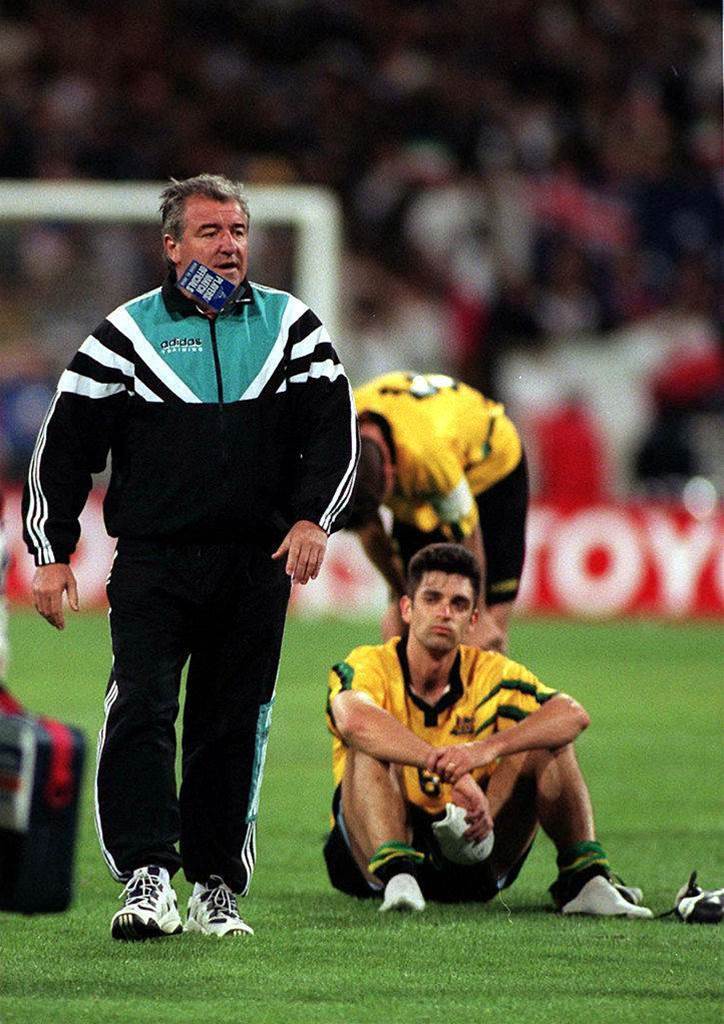 Enes would go on to make seven Socceroos appearances, Thorp played two seasons in Sweden and Harries followed Venables and Foster to Selhurt Park, before spending the rest of his short career in the English lower leagues.

While Aloisi already had European runs on the board, he insists his fellow Australian recruits were good players.

"The four of them were good players, though, even if the Pompey fans really didn’t take to them," Aloisi continued.

"Foster arrived on the south coast as a regular starter in midfield for the national team and a really good player, technically superb. He ended up also playing for Venables at Crystal Palace.

"I liked him as a player, especially being a striker, he was one of those midfielders who looked for you and picked you out.

"The others were young, promising players and the reasoning behind Venables bringing them over was not to be starting XI players straight away, it was for them to push on and develop over a year or two.

"Thorp had the qualities to be a very good striker. He was big, could hold up the ball well and had a great touch for somebody of his size, yet was youngish in terms of his football experience.

‘In the end the pressure of not scoring got to him and it didn’t work out for a player I believe had really good ability for a forward.

"Another was Robbie Enes, a technically very good midfielder and probably ahead of his time in the position he excelled at.

"Nowadays a lot of teams operate with that defensive midfielder they play through, like Sergio Busquets at Barcelona, but during that era nobody did, so England probably wasn’t the best place for Robbie to make it.

"Finally there was Paul Harries, although I didn’t really know too much about him. He was really young and I was unfamiliar with his background.

"All I knew is what I saw from him in training and, while he had pace, I didn’t see enough of him to be able to comment on what kind of footballer he was.

"Having fellow Australians around helped me settle, but we weren’t as close as people thought. I tried to mix with everyone in the squad, which was reasonably easy considering I had already experienced Belgium and Italy before arriving at Fratton Park."