Brisbane Roar coach John Aloisi was delighted after Friday night's come from behind 6-5 penalty shootout win, but says it was not without hiccups.

"I was disappointed with our first half," Aloisi acknowledged after the home side knocked Western Sydney Wanders out of the finals series..

"We made sure that we spoke at half-time about what we did wrong - which was a few things."

Aloisi hailed the resolve of his players after going down 1-0 just before the first main break after a blitzkrieg by the visitors limited Roar to just one shot on target.

"You've gotta have a bit of luck to win a penalty shootout."

"The luck went our way because we were very good."

"Usually a side that plays so bad in the first half, doesn't recover from it." 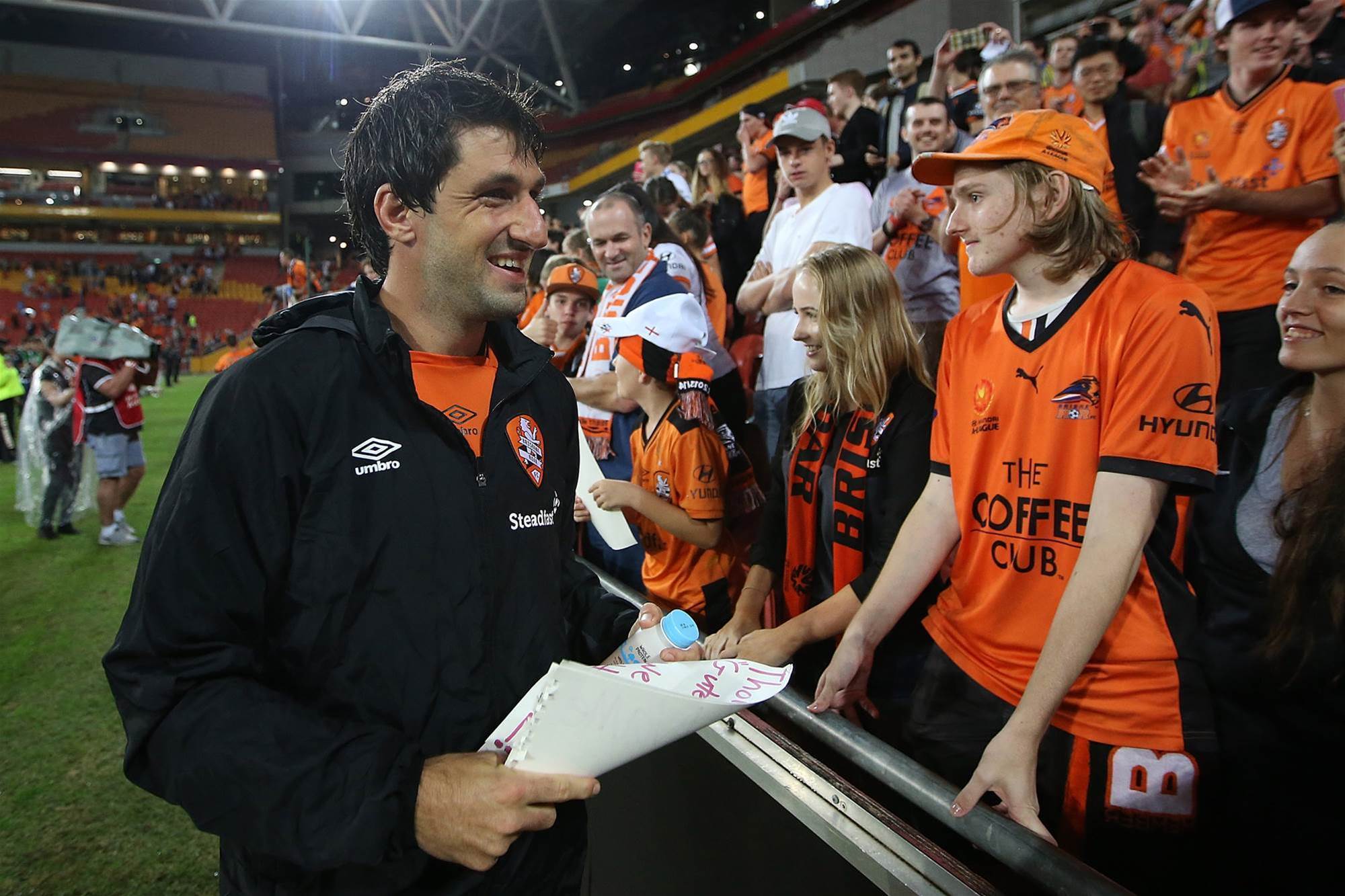 After the media frenzy that followed Thomas Broich in the lead up to the clash, Aloisi was proud of the response the home fans paid to the German maestro.

"He deserves the ovation he got," Aloisi said of the outgoing midfielder.

"What he did for this football team, and the league, I think he's been the best foreign player to come into the country."

Brisbane must now face Muangthong United in Thailand mid-week as they look to progress further in the Asian Champions League before a return to Australia and a do-or-die semi final in Melbourne against Victory.

"We've been put into a position where it's going to be difficult to take everyone with me to Thailand," Aloisi said.

"So I'm going to have to make some decisions of who I take, who I leave behind, so that we're ready for the clash against Melbourne."

"We'd like to focus on the ACL too, but we've been put into a difficult situation."

Aloisi added: "At the moment they (A-League finals) have to come first."