Brisbane Roar Coach John Aloisi has praised his playing group as "a team of winners" after grinding out a 2-1 win at Coopers Stadium against Adelaide United on Saturday.

Roar took a surprise 2-0 lead against the run of play, but were handed an enormous task after being reduced to 10 men on the cusp of half time.

Skipper Matt McKay was shown a red card for kicking out at Nikola Mileusnic as the two players lay sprawled on the ground.

“A lot of these boys are winners, they will find a way to win,” a buoyant Aloisi said post-match.

“It means so much to us, we’ve had a lot of difficulty this season.

“There’s one thing that Brisbane Roar won’t do, that’s give up, they’ll keep going.” 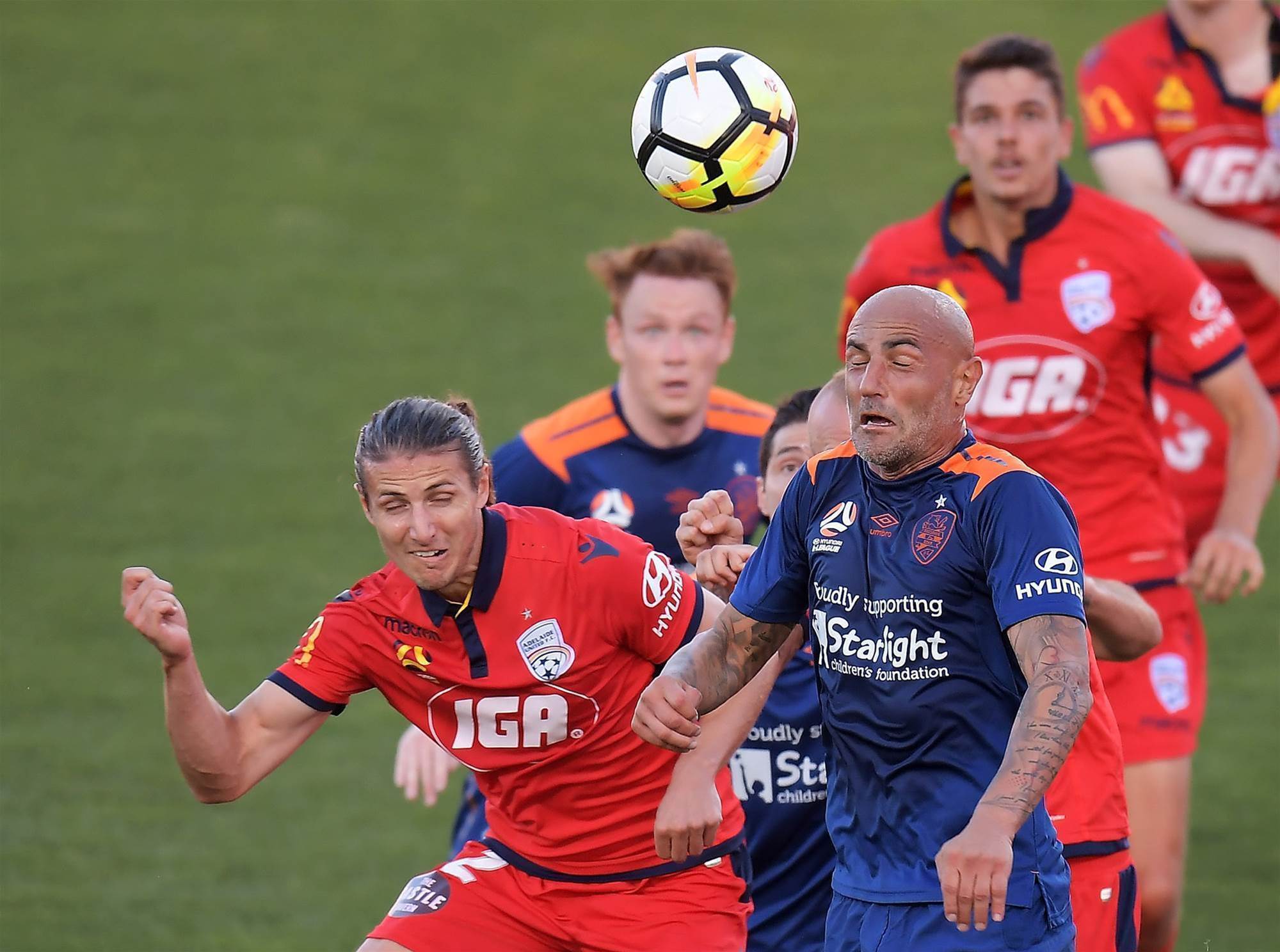 United took it to Aloisi’s team, with relentless pressure, dominating the ball and territory and  moving into Brisbane’s half for over 65% of the time.

But it was Roar’s Fahid Ben Khalfallah and Massimo Maccarone who pounced upon two Adelaide mistakes to give the visitors a two goal buffer before George Blackwood dragged one back.

Maccarone, 38, has come under scrutiny in recent times for his general play but it hasn’t fazed his coach.

“We knew that Massimo would score goals for us, and do well off and on the ball, but also help the young players around him.”

One of those, 17-year-old Rahmat Akbari, was given his full debut.

“There’s a lot of positives to take out from when you have so many players out (through injury), and that’s seeing our young boys come through.”

Roar now sit one place outside the top six on 13 points.

Worts gets five as Adelaide ravage Roar in the A-League