After trying several different options in friendlies and World Cup Qualifiers, Socceroos boss Ange Postecoglou says the right back position is there for the taking.

In recent times Mark Milligan, Ryan McGowan, Jason Geria, Milos Degenek and Josh Risdon have been deployed at the right full back position for Australia.

However, none have been able to hold the spot with Postecoglou admitting finding a regular starter had been a challenge.

“From my perspective, it’s still a position where we are not convinced yet, with someone nailing down that spot," he said.

“I think overall we are going okay there. Getting Milos back is great. He’s worked really hard to get himself available for this camp. The initial report for his injury was that he’s probably miss this camp too. He played 45 minutes on the weekend and got through that so it would be great to get him back in and even Josh Risdon can get a crack at it.

“With Ryan McGowan the Chinese Super League competition I was mindful of how many players I was going to bring in form that competition and Jason is there or there about he’s had an up and down season but like his club and that doesn’t mean he won’t get an opportunity down the track.”

Meanwhile, the central defence position may also be an issue after Mathew Spiranovich’s Chinese Super League team was relegated.

However, the Socceroos boss was hopeful the 28-year old could still maintain his standard of play in the future.

“We want our players playing at the highest possible level,” Postecoglou said. “With someone like Matty who has had a pretty strong season he’s come back into the Socceroos squad after missing a few games and he’s done well in the last couple of games, I’d like to see him play at the highest level possible.

“Those kinds of decisions are down to the players and they think is best for their careers if does stay and he does play we will measure as we do with everything else. His performances will be measured against the opposition he is playing against.” 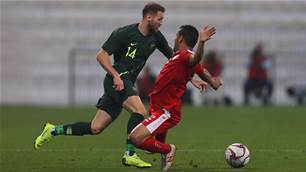 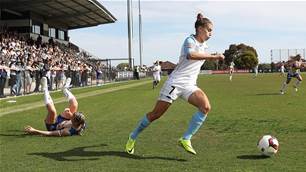 Catley believes this is the greatest City team...and she might be right