It was difficult going, but Newcastle Jets finally got their first three points of the 2019/20 season on Saturday as they recorded a 1-0 win over Western United at Kardinia Park, and they had teenager Angus Thurgate to thank for their winner.

With injuries to Irish superstar Wes Hoolahan and former NPL Victoria standout Kaine Sheppard, the teenager, who made nine A-League appearances for Head Coach Ernie Merrick’s side in 2018/19, has been gifted an unexpected chance at regular minutes this campaign and, in round six, he certainly made them count.

Indeed, the contest already represented Thurgate’s second start of the 2019/20 season after the 19-year-old afforded a less than spectacular first-half run in Newcastle’s 4-1 defeat at the hands of Sydney FC back in round four; leaving him just one behind his total starts from a season ago.

Starting up top of the Jets attack on Saturday night, the youngster – much like his Jets teammates – took a while to get going against the A-League newcomers.

However, around the time the game ticked over to the 20-minute mark, a shift in momentum occurred as the Jets midfield began to seize control of the game’s tempo and Thurgate began to grow into the game.

Pouncing upon a half-hearted clearance from United centre back Andrew Durante just past the half an hour mark, he created the Jets – who at that point had been unable to create anything resembling a meaningful attack in the final third – first shot on goal when he hammered in an effort that took a slight deflection and forced a strong save from Filip Kurto.

Just a minute later he went one better when, after receiving a ball from standout Jets’ fulcrum Steven Ugarkovic with his back to goal in attack, he bounced the ball to Dimi Petratos and immediately turned towards goal.

Rewarded for his endeavour with a perfectly weighted through ball from Petratos, he then slotted a first-time shot past a charging Kurto to give his side the lead.

It was just rewards for the pre-season effort the long-time Jets’ youth prospect had put in ahead of the 19/20, the Port Macquarie born attacker telling FTBL on season’s eve that he had made a particular effort to improve his finishing during the break.

Unfortunately for any aspirations towards a brace the teen would have of securing a brace, neither Thurgate, or his Jets’ teammates, had many opportunities to extend that lead in the second half; United throwing everything but the kitchen sink at the Hunter-based side as they desperately attempted to avoid the second loss of their existence.

Departing in the 80th minute, he then watched on from the sideline as his teammates, in their first trip outside of NSW this season, doggedly held on to record their first win of the campaign.

A frequent participant in Young Socceroos sides under then Head Coach Ante Milicic – appearing in every fixture of Australia’s run in the 2018 AFC U19 Championship – Thurgate recently made his foray into the setup of Graham Arnold’s Olyroos; one of the 23-players that took part in an eight-day training camp that took place in Qatar in early October.

Now, with his first goal under his belt for 18/19, every chance of starting for the Jets when they return to action against Western Sydney Wanderers after next week’s bye and the prospect of a chance to represent his nation in an Olympic Games next year; the future looks bright for Thurgate. 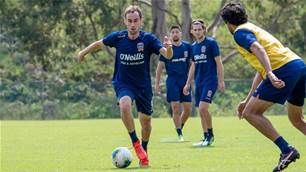 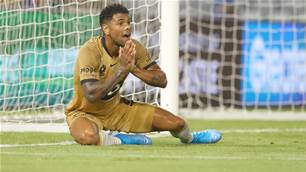 'Everybody in the stadium saw it, but the most important man didn't see it...' 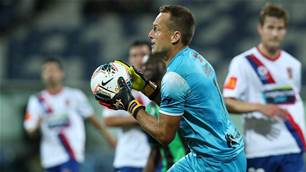