The Big V had won six games in a row before the derby and Antonis conceded they were frustrated after missing a chance to hit the top of the table.

“For us, it feels like a loss,” Antonis said.

“We should’ve got the three points tonight, but this is football and it happens.

“We were unlucky not to get the three points, we created a lot of chances, but we’re disappointed. As for myself, I can always improve in every game.

“We’ve done well, but we can’t look back and say, ‘We won six games in a row’, we need to look forward and win more and more.

“We had a lot of chances in both halves to finish the game off, but that’s football and they were lucky to score at the end. It was from our mistakes and we must learn from it.” 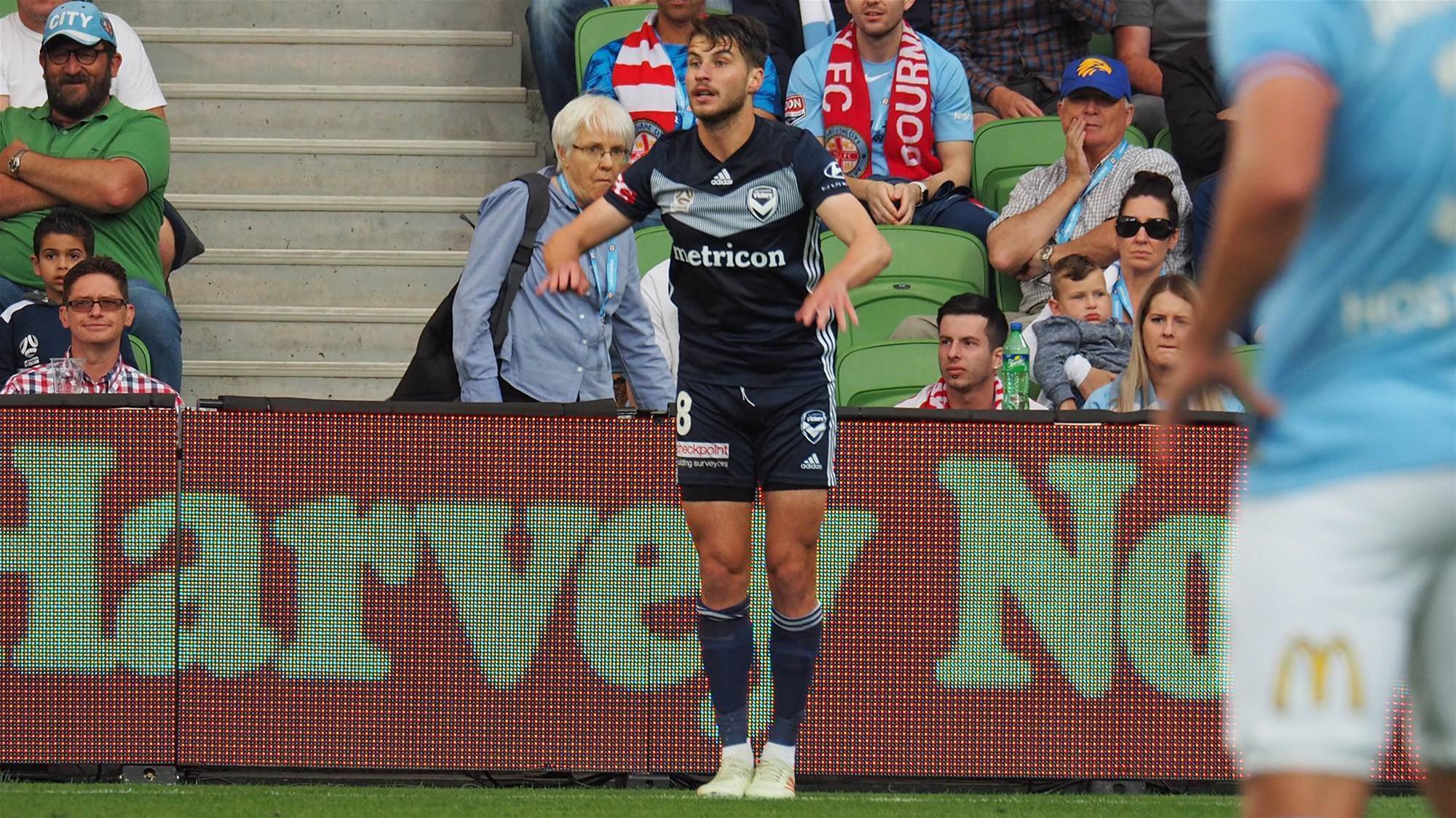 Was Arnie right to leave Antonis out? By Matt McIndoe/MJM Photography

While James Troisi slammed Socceroos coach Graham Arnold for cutting him from the Asian Cup squad, Antonis was diplomatic about his non-selection.

“I haven’t heard anything (from Arnold) to be honest,” he said.

“I’m a bit disappointed, but I’m here working hard, and I just need to keep playing and we’ll see what happens.

“I just need to keep playing well and if I do that, things will happen.”