The first game in the second round of matches in Group F of the AFC Asian Cup saw Saudi Arabia overcome Lebanon 2-0 at Al Maktoum Stadium in Dubai in front of a crowd of 13,792.

A goal in each half by Fahad Al Muwallad (12') and Housain Al Mogahwi (67’) were enough to secure their country’s place in the knock out stages.

It was interesting to see how Saudi Arabia fared after convincingly beating much weaker opposition in North Korea in their opening match. Lebanon desperately needed to take something from the game having gone down 2-0 to Qatar.

After a quiet opening with Saudi Arabia gaining more possession, they created an opening in the 12th minute that led to them taking the lead. The ball was knocked down to Fahad Al Muwallad who smashed a volley into the roof of the goal giving Mehdi Khalil no chance to react (0-1).

The closest that Lebanon came to an equaliser was in the 25th minute when George Melki couldn’t quite get on to a free kick from his captain Hassan Maatouk.

Five minutes later and Al Muwallad tested Khalil again when he fired in a low cross. There was a moment of panic as the keeper spilt it but he quickly regained his feet to gather the ball in.

Saudi Arabia comfortably held onto their lead going into the break after an uninspiring first half apart from the goal.

The second half was following the same uneventful pattern until, in the 67th minute, Saudi Arabia struck again.

A lovely left foot shot from the right flank by Hattan Bahebri gave Housain Al Mogahwi an easy chance to tuck away (0-2).

It was a comfortable win for The Green Falcons who were very capable pressing for the ball and as solid as they were required to be at the back but they will face tougher opposition as the tournament progresses and face Qatar in their final group game. 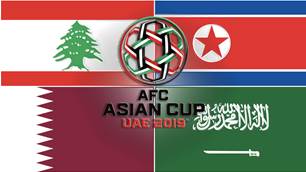 ASIAN CUP 2019 PREVIEW: EVERYTHING YOU NEED TO KNOW ABOUT GROUP E 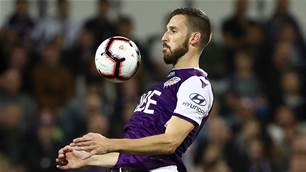 Spiranovic still mulling over his future 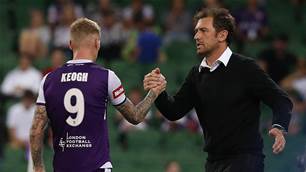 Keogh forced out of Glory, off to Saudi