Arnold has been negotiating a tricky club-v-country situation with club managers around the world as he prepares for the difficult task of gelling a new squad for next week’s first stage of Olympics qualifiers in Cambodia.

The Olyroos boss, a star in the Dutch league during his playing days with Roda JC and NAC Breda, coaches the Socceroos but has also been tasked with guiding the Australian U-23s (Olyroos) to the Tokyo 2020 Olympics.

Stam, a former Dutch international and now manager at Eredivisie side PEC Zwolle, has 19-year-old former Melbourne City starlet Denis Genreau on his books in Holland.

But as Arnold explained, the former hardman of the English Premier League with Manchester United clearly has a soft spot for international football and is willing to put Australia first. 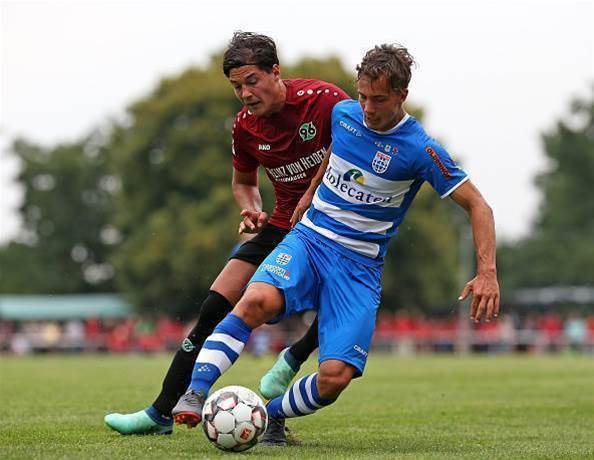 “Denis Genreau is here in camp, he is a bench player for PEC Zwolle and he missed a game against Ajax,” Arnold said.

“We spoke to Jaap Stam and he understands how important international football is and how important the Olympics are for the development of players in that age group.

“So Jaap released him early.

“The clubs have been - 95% of the time - helpful and understanding.

"Since the turn of this century, we’ve only had 56 Olympian footballers. Going to the Olympics is a special honour.

"I’ve been to the Olympics as a player. It’s an opportunity for the kids to become Olympians. How many sports people in Australia can say that?”

The Olyroos have been in the Malaysian capital Kuala Lumpur this week for a camp and two friendlies ahead of jetting into Cambodia early this week.

There they'll face the hosts, Korea Republic, and Chinese Taipei, starting with a very tricky opening clash against Cambodia in what is tipped to be a sellout at the Phnom Penh Olympic stadium.

The Australian team got a stark reminder of the improvement in South-East Asian football last Thursday night when in their first game together, the Olyroos were defeated 2-0 by Malaysian Super League outfit Petaling Jaya FC.

“The quality of Petaling’s foreigners was outstanding. I’m thankful they put out such a strong side," said Arnold.

“Our players all lost four to five kilograms in that game but we had 21 shots on goal to three with around 70% possession.

“It was about giving players minutes, some from the A-League and some overseas-based."

Arnold added Italian-based winger Reno Piscopo caught the eye as one of the eight changes in the game.

“It was great. Our first game together and their goals only came from confusion between players who hadn’t played together before.

“So this was the purpose of this camp. It was another learning process but we played very, very well.”

Tonight (Sunday) they face Malaysia U-23s at the Shah Alam stadium in their final hitout before they begin their quest for a place at the Tokyo 2020 Olympics in the Cambodian capital.