Back from injury, Socceroos striker Adam Taggart is on a mission to fire Australia into this year's World Cup.

Taggart has been named in Graham Arnold's 29-man squad for next month's crucial Asian play-off against the United Arab Emirates in Qatar, one of several returning stars including Aaron Mooy, Tom Rogic and Jackson Irvine.

It's Taggart's first call-up for the national team since October, with a knee injury ruling the 28-year-old out of the back-half of Australia's group stage matches.

In his absence the Socceroos went from leading the group to finishing third behind Saudi Arabia and Japan, forcing them into the June 7 play-off against the UAE.

The winner of that match goes on to face South American nation Peru on June 13.

CONFIRMED: Our play-off path to the @FIFAWorldCup has been locked in 🔒

- Single-leg encounters
- Neutral territory
- A win over UAE would see us face Peru in an Intercontinental Play-off
- The winner advances to this year's tournament, starting in November#AllForTheSocceroos pic.twitter.com/TIILuzhuPy

"It's been obviously frustrating, after having such a positive and strong campaign up until the last sort of couple of camps, but these things happen. It's football," Taggart told the Australian Associated Press.

"This is the challenge we've got ahead of us now.

"It's sort of an all-or-nothing scenario that we've got ourselves in.

"It's just important to go in there, make the most of it and enjoy it and make sure we get to the World Cup.

"You can't dwell on what's happened over the past few games and there's still to play for ... we just need to make sure that the way we view it is in a positive way."

Arnold has named nine players who weren't involved in the most recent qualifiers against Japan and Saudi Arabia, when a squad hit hard by COVID-19 withdrawals and injury lost back-to-back matches.

Melbourne Victory fullback Jason Davidson has also been selected and could make his first Socceroos appearance since 2015.

As well as Taggart, Arnold's strikeforce is boosted by the return of A-League Men's golden boot winner Jamie Maclaren after he missed the Saudi Arabia game in March to get married.

Ajdin Hrustic also comes into camp on the back of his recent Europa League triumph with Eintracht Frankfurt.

Those call-ups however mean there's no place for Uruguay-born forward Bruno Fornaroli after his highly publicised debut in March with Connor Metcalfe, Ben Folami, James Jeggo and Rhyan Grant others to miss out.

Australia warms up for their must-win game against the UAE with a friendly in Doha against Jordan on Wednesday (Thursday, 4am AEST).

Here are your Socceroos for the final phase of qualifying! 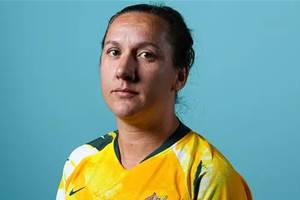 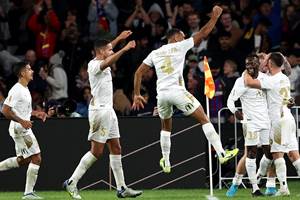 A-League All Stars v Barca Was a Cracker 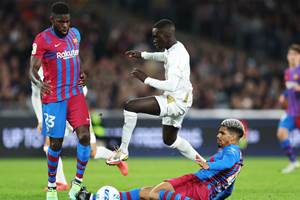