The Socceroos will have a refreshed squad for their game against Taiwan as they look to seal a spot in the next round of World Cup qualifying.

Coach Graham Arnold will shake up his Socceroos line-up for their clash with Taiwan as he looks to all but lock up a spot in the next round of World Cup qualifying.

The winners of each of the eight second-round groups will progress to the third round of qualifying and confirm their place at the 2023 Asian Cup, as will the four best runners-up.

The Socceroos sit top of group B on 15 points - five clear of Kuwait and Jordan - ahead of Tuesday's clash, which kicks off at 5am AEST at Jaber Al-Ahmad International Stadium.

"We expect a great performance from our boys," Arnold told reporters on Sunday.

"We'll freshen the team up and play some players that are fresh and ready to go and add some great energy into the team."

Melbourne City striker Jamie Maclaren will start up top, with Arnold desperate to deliver more punch up forward after the 3-0 win over Kuwait.

In their last game against Taiwan, back in October 2019, the Socceroos triumphed 7-1, with Adam Taggart, Jackson Irvine and Harry Souttar scoring braces and Maclaren netting late.

Trent Sainsbury and Souttar will start in the centre of defence after missing the first game with back stiffness and a hip issue respectively.

Arnold flagged multiple A-League players would be used after they arrived into camp late in the piece.

That could potentially include energetic Sydney FC full-back Rhyan Grant, who looks to have serious competition at right-back after Fran Karacic's excellent debut against Kuwait.

Defender Ryan McGowan started the first game and will be rested while Chris Ikonomidis and Mitch Duke came off the bench. 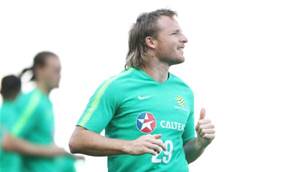 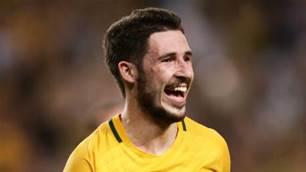 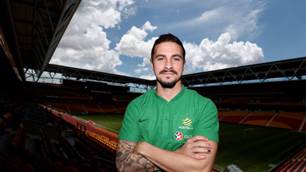 Socceroos call on Maclaren against Taiwan