Arzani has battled injury and failed to fire at Celtic. He is set to leave the Scottish giant, with a move to Holland tipped.

Ex-Spurs and Rangers defender Hutton believes the Socceroo can show what he's capable of at his next club.

"What you can say is you come with aspirations of doing unbelievably well – you’re going to attack it, you’re going to do it – and sometimes it just doesn’t work out," Hutton told Football Insider.

"It could be you’re just not fitting into the different culture, finding it tough being away from home – there’s so many different reasons behind it but the thing I will give him is he’s very young.

"He’s obviously a talented player otherwise Celtic wouldn’t have wanted him in the first place. Something’s just not quite clicked. He’s got time on his hands so yes, it’s not ideal, but he’s still got time to prove himself.

"Use this as a positive – go and prove Celtic wrong, they made a mistake. Go and use that to fuel that fire to go and prove everyone wrong and prove what you’re capable of." 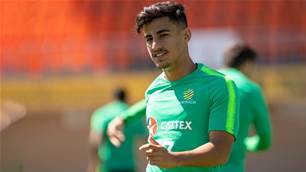