Socceroo Daniel Arzani has left Celtic and returned to Manchester City to continue his recovery from an ACL injury.

Arzani injured his knee in October while on debut for Celtic, sidelining him for the rest of the season.

The winger had signed for the Scottish giants in the off-season on a two-year loan deal.

After under going surgery Arzani returned to light training at Celtic this month, but he announced on Instagram yesterday that he was back in Manchester.

He will see out the rest of his recovery at the Etihad Campus before going back to Glasgow for the new season.

The 20-year-old has scored one goal in six appearances for Australia. 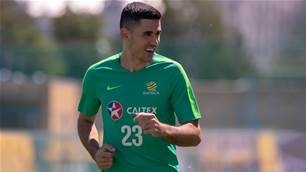