Daniel Arzani is after more first-team action at Celtic since finally getting back on the pitch after more than a year out with injury.

Arzani tore his ACL on his Celtic debut in October 2018.

The winger made his long awaited return for the Hoops in a reserve match in Septembe last year, before appearing for the first-team in a Scottish Cup match against Partick Thistle.

The Socceroo is grateful to be back fit but knows he has a lot to do to impress manager Neil Lennon.

"It's been an incredibly long time that I've been out, so it means the world to me to be back out on the pitch and doing what I love," he told The Celtic View.

"I'm really happy with how I've progressed in the last couple of weeks. Neil Lennon has been great with me. I've had a couple of chats with him.

"He's told me to keep working hard in training week in, week out and take any chances that come my way.

"I've been injured the whole time the manager has been here so I know I have a lot of work to do to earn an opportunity. Being unavailable has been a frustrating thing for me and I'm sure its been frustrating for him too.

"I'm just glad to be back and able to prove something to him."

Arzani's loan deal to Celtic from Manchester City finishes at the end of this season.

"I feel I have enough time to prove a point to him but I know I can't waste a second in training or a game," he admitted.

"I need to be at my best every moment if I'm going to get a chance. All I can do now is play it by ear from now until the end of the season." 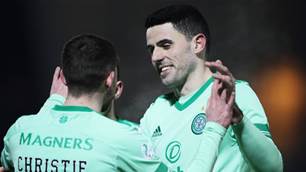 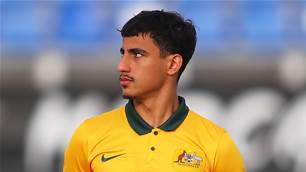