Perth Glory forward Joel Chianese admits qualifying for the Asian Champions League (ACL) has been discussed internally after the side climbed up to third on the A-League ladder.

Glory’s 2-0 win over Western Sydney saw the side leapfrog Melbourne City and Brisbane Roar into the third and final ACL spot.

Perth has never competed in Asia before, missing out in 2012 when it reached the grand final, with the A-League’s ACL slots cut to two that year.

“Kenny has been saying it for the last two or three weeks that Asian Champions League is a real possibility now,” Chianese said.

“It should be a goal. It’s basically up to us as a group and what we want to achieve.

“We’re there right now, it’s ours to lose.

“We’ve made our home a fortress, it’s really hard to come here and play. The boys are on a roll.

“What a great chance to play against the best teams in Asia if we can maintain that spot.”

Chianese joined Glory in August after a spell in Malaysia and netted his first goal for the club in the win over Wanderers from a Diego Castro cutback.

“It’s always nice. Coming off the bench you’re expected to create an impact,” he said.

“It was great to score my first goal in front of the Shed as well.

“Castro just sets up goals for everyone.” 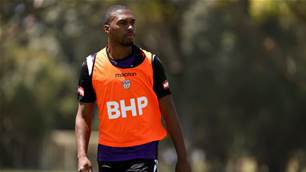 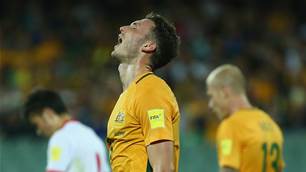