Iran were one of five nations to book their place at the 2015 AFC Asian Cup on Tuesday with qualification victories.

The three-time winners of the tournament confirmed their progression from Group B with a 4-1 win over Lebanon in Beirut.

Iran were given a first-half lead by Esteghlal defender Amir Sadeghi, and three further goals came the visitors' way prior to Mohamed Haidar's consolation.

Oman booked a third appearance in the tournament thanks to a 91st-minute strike from Eid Mohammed against Syria, while Abdulkarim Salem was Qatar's match-winner with a 65th-minute strike in Shah Alam.

Goals in the final six minutes from Vokhid Shodiev and Odil Akhmedov were enough to see Uzbekistan beat Hong Kong and confirm a sixth appearance at the final tournament.

Three sides who had already ensured qualification remain top of their respective groups after maintaining their unbeaten runs.

United Arab Emirates produced a dominant performance in Abu Dhabi, beating the hapless Vietnam 5-0. The Group E leaders were four goals ahead by half-time, with the top-scorer in qualification – Ali Ahmed Mabkhout – netting the third after half an hour.

A goal in the opening minute from Mohamed Salmeen put Bahrain in control against Yemen, and Faouzi Aaish added a second with two minutes remaining to guarantee his side kept top spot in Group D ahead of Qatar.

Saudi Arabia - who have already won Group C - dropped points for the first time in qualification as China held them to a goalless draw in Xi'an, while Iraq kept their hopes of usurping China alive with a 2-0 win over Indonesia. 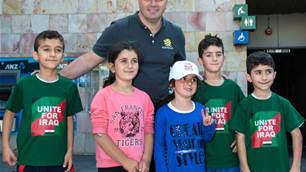 Asian Cup - one year to go 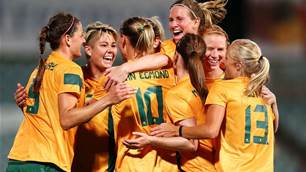 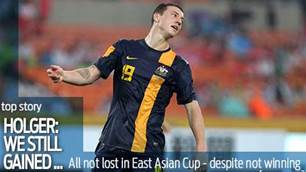 Holger: We still gained from loss