Iredale spent two seasons with the Ton after leaving Perth Glory in 2017.

The 23-year-old made 36 appearances for the club this season.

The Cumbrians are in League Two and this campaign they finished 11th out of 24 teams.

"I’d say that at this moment in time he has real strengths in his attacking play, and that’s something we know we want to work with.

"He’s also a good defender, let’s be clear on that, but as with any player there are always aspects you see as a coach that you think you can help to improve.

“When you’re bringing players to League Two you accept that you’re never going to find the complete player, but he has the raw attributes which can be utilised and developed, and that really excites us.”

“He’s a good age, only 23, and he’s ambitious. He was brought up in Australia and his dream was always to play at the highest level he possibly could in England. Hopefully this is his first step towards doing that.

“I don’t want to work with a huge squad next season, so all the players I bring in will be vying for first team places, and that’s very much the case with Jack. He’ll be looked upon as a starter, but he still has to earn that jersey.

"We won’t be given anything away at all when it comes to team selection. It’s a big boost to get the first signing over the line so early, We have a big summer ahead of us where we’re going to have to bring in a number of players, so it was vital we started quickly.

"I’m really pleased that we’ve managed to do that with what I think is a very good young player.”

Iredale was born in Scotland but raised in Australia. He came through the AIS and played 10 times for the Joeys.

The centre back or fullback told FTBL he was excited about the move.

"I can’t wait, I'm absolutely buzzing with it," Iredale said.

"Every since I was five I’ve wanted to play in England. It's a massive opportunity for me." 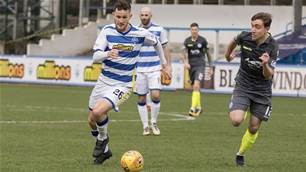 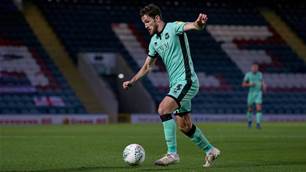