Former NPL star Blake Ricciuto was at it again overnight, scoring his fourth goal of the season in Singapore's S-League.

Ricciuto, who signed for Brunei DPMM from Sydney NPL club Rockdale Suns in Australia's second tier, has made a sensational start to life in Singapore's S-League.

After Ricciuto won a penalty in the first half, Brunei went 2-0 up.

Warriors fought back to 2-2 but it was Aussie Ricciuto scoring the go-ahead goal to make it 3-2 on 82 minutes.

The home side Brunei made it 4-2 on the night to maintain top spot in the league and a four-point gap to second-placed Hougang.

Ricciuto told FTBL today: "We've got such a united team which helps and the coach always wants one midfielder to get into the box to get forward.

"I'm one of those in midfield who likes to get forward even though I also play as a defensive midfielder and being a full-time professional helps me I think.

"And to top it off, my dad and brother were watching the game.

"So it was a great day for the club and we stay top of the league." 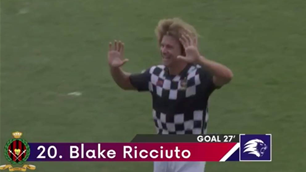 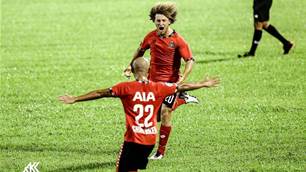