Francois received interest from the likes of Valencia, Celtic and Crystal Palace as his deal at Craven Cottage ended at the completion of the 2018-19 season.

But the 18-year-old from Sydney has decided to stay with the Cottagers, where he has been on the books since 2013.

The Aussie made three appearances in the FA Youth Cup and 11 in the Under-18 Premier League, scoring one goal, and played 29 matches for the Under-23s in the Premier League 2.

With Scott Parker handed the reins at Craven Cottage to guide Fulham back into the Premier League, Francois sees staying in south-west London as his best chance to break into the senior team.

The midfielder is heading to Portugal with the first-team for this week for pre-season training and is set play in a friendly against Porto on Tuesday night.

"Signing with Fulham is definitely the right way for Tyrese to play first-team this season as the coach and manager already knows him, they trust him, they like how he plays and he has already got the manager’s attention,” Jean Francois, Tyrese’s father, told FTBL.

"If he went to sign for another club he would have to prove himself all over again.

"Fulham plan to use Tyrese in the first-team this season and being in the Championship that's the best way for him to make his debut and try to secure his spot permanently in the squad.”

Born and raised in Campbelltown, Francois played his junior football for the United Church football team and the Camden Tigers.

He is eligible to represent both Australia and England, but has not worn the green and gold for the Joeys or Young Socceroos yet.

The midfielder has previously indicated his preference to play for Australia. 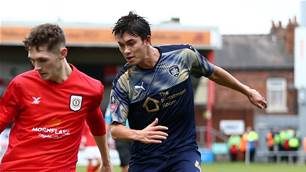