Former Melbourne Victory prospect Pierce Waring has re-upped with Japanese club side Cerezo Osaka ahead of the 2020 season.

A one-time Y-League golden boot winner, Waring signed with the J-League side during the 2018 offseason after making one appearance for the Victory in the A-League and Asian Champions League.

Since then, the talented centre-forward has made 20 appearances – with four starts – across two seasons for Cerezo Osaka’s U23 side in the J3-League, finding the back of the net three times.

The 21-year-old has previously received call-ups to both Australia’s U17 and U23 sides, and most recently appearing as a member of the Olyroos side that qualified for the AFC U23 Championships in Cambodia in March of 2019.

A call-up to Graham Arnold’s squad for this January’s championships, however, was not forthcoming.

Winner’s of the League and Emperor’s Cup in 2017, Cerezo Osaka overcame an indifferent start to their season to finish fifth in the J-League in 2019, four points back of third-placed Kashima Antlers and a place in 2020’s Asian Champions League. 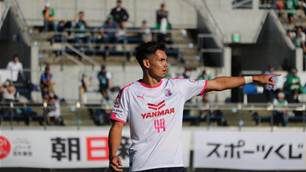