Overseas-based Socceroos, Mark Milligan and James Meredith, were among the goals on the weekend.

Left back back Meredith was the hero for Bradford City in League One as they continued their promotion push with a 1-1 draw against Millwall.

Meredith scored Bradford’s equaliser on the hour mark when he bundled in Mark Marshall’s cross at the far post.

⚽Tough game against a strong team and great reaction with this goal of @meredith_james after going 1-0 down. Fans helped us a lot 👍👏 #BCAFC pic.twitter.com/ccjEKybMnr

Australian midfielder Mark Milligan was another to get his name on the scoresheet, bagging a penalty for Bani Yas in the UAE.

In a seven-goal thriller, Milligan scored the final goal of the match as Bani Yas lost 4-3 away to Dibba Al Fujairah, with former Melbourne City man Harry Novillo also getting on the scoresheet for the visitors.

Edwards has been in excellent touch for Thistle, taking out the club’s Player of the Month award for December, the third time this season he’s won the vote.

Thanks to everyone who voted for my third player of the month and to everyone that continues to come out and support the team! #wearethistle pic.twitter.com/uG0xqv9YuC 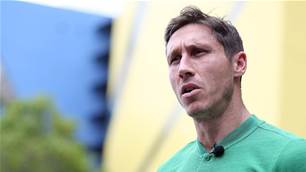 Milligan opens up on Scotland exit and England switch 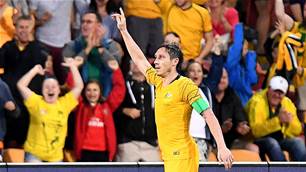