Bonita Mersiades was Head of Corporate Affairs at FFA and a member of the Senior Management Team for the World Cup bid, until her sacking on January 24, 2010.

She quotes Blatter as saying “Australia had no chance. Not a chance. Never,” to her at a lunch in Zurich last year.

"You never had a chance because you were never going to be competitive for the broadcasters," Blatter said, as quoted in Mersiades’ book, Whatever It Takes.

"Not the time zone, not the money. It is obvious. We have to make enough money at the World Cup for the next four years and Australia wouldn't be able to do it." 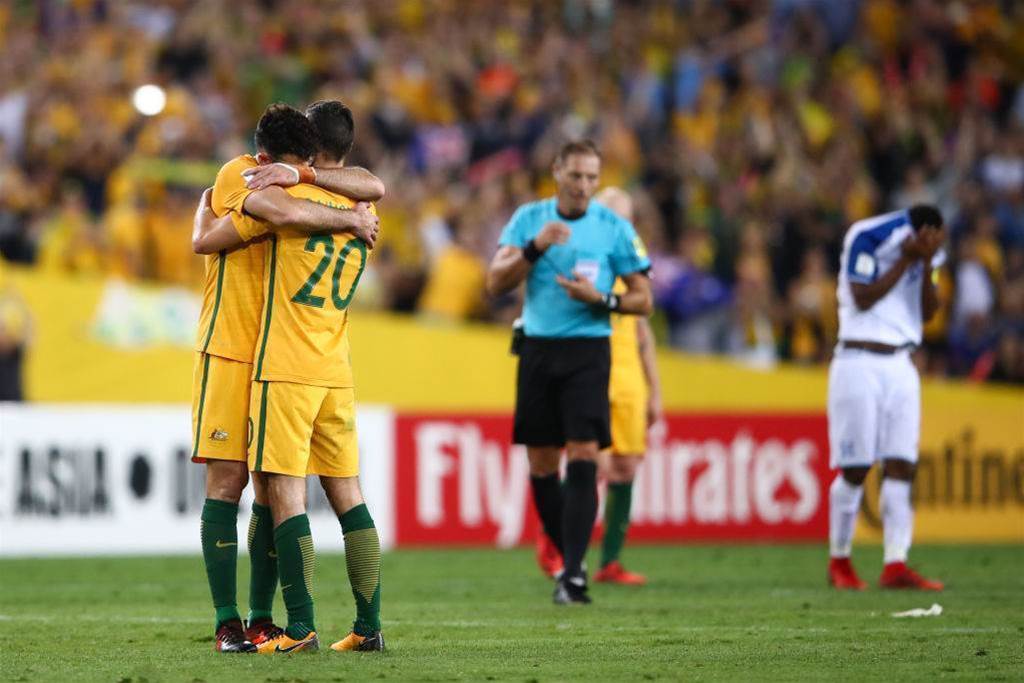 Trent Sainsbury and Mile Jedinak celebrate qualifying for the 2018 showpiece

David Downs, the chief executive of the US bid,  allegedly told Ms Mersiades in 2010 that “it’s hard to find someone who likes the Australian bid team.”

"There's no consistency of message (from the FFA). They've managed their relationships so poorly. It's hard to find someone who likes the Australian bid team. Frank (Lowy), Ben (Buckley), the consultants,” Downs said.

“We hear reports all the time about how they've put people off everywhere. None of us can understand how you can have that much public money and do so poorly."

The United States also bid for the tournament and won more votes, yet only spent around $10 million, all of which was raised from private sources.

Mersiades was sacked from Australia's bid team in early 2010. She says her sacking was at the hands of FFA’s hired consultants, who played a large role in the failed bid.

These consultants - Peter Hargitay, Fedor Radmann and Andreas Abold – cost the Australian taxpayer “around $15 million” according to Mersiades.