Kasper Schmeichel believes Australia were lucky to draw with Denmark because they received help from the Video Assistant Referee (VAR).

The Socceroos drew 1-1 with the Danes in Samara on Thursday night and there is still a chance they could make the Round of 16 if they beat Peru.

Christian Eriksen opened the scoring in the seventh minute, but Mile Jedinak converted from the spot in the 38th minute after the VAR intervened and awarded a penalty against Yussuf Poulsen.

The crowd at The Star Sydney erupts when Jedinak scores:

The incident has created debate and it’s the second controversial penalty decision Australia has been involved in at this World Cup.

Schmeichel scoffed and was visibly bemused at the suggestion Australia were unlucky not to win. 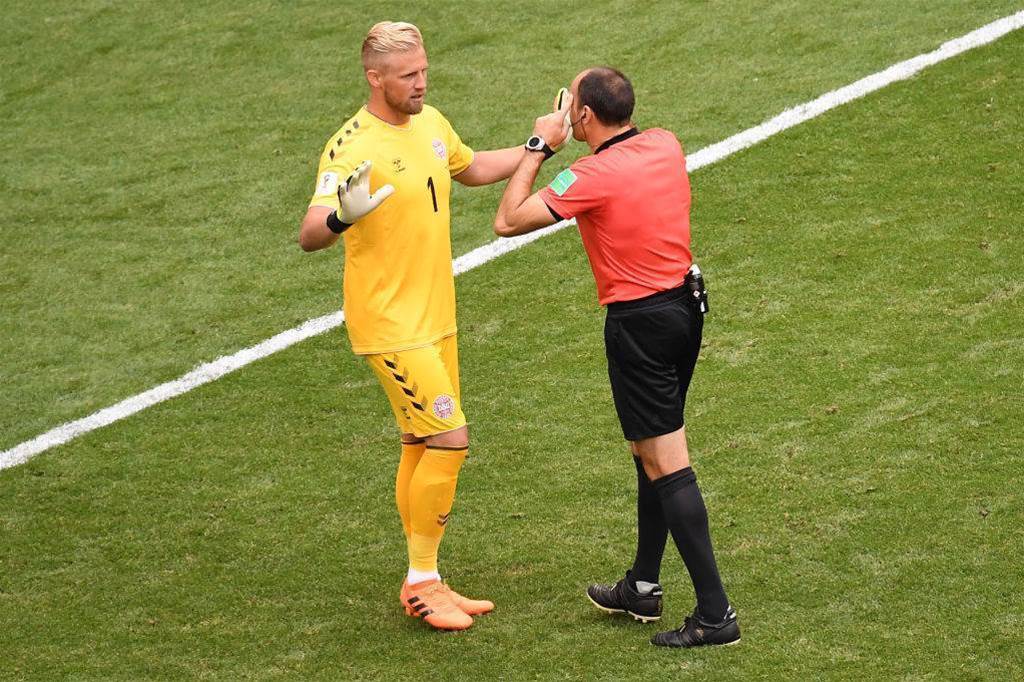 “I definitely would not say that, I would say Australia were lucky to get a result,” the Leicester City goalkeeper said post-match.

“They were a good team, but a decision like the VAR decision was incredibly harsh. We’re going to be seeing a heck of a lot of penalties and it’s a shame.

“I don’t know what else Yussuf can do with his arm when he’s jumping and it’s headed onto his arm from a yard away, so it’s a harsh decision.

“I think in time the VAR might be good, but it needs some work.”

Daniel Arzani came closest to scoring from open play against the Danes when he forced a save from Schmeichel late in the second half.

However, Schmeichel did not want to talk about the young gun.

He added: “I don’t really know, I don’t take much notice of individual players.”