“After every rain comes sunshine” according to Eli Babalj’s parents. And for the two-time Socceroo it's a mantra he lives by.

Five years ago, Babalj was one of the hottest properties in Australian football, earmarked as ‘the next Mark Viduka’.

The then-20-year-old netted nine goals in the 2011/12 season for Melbourne Heart, won a Young Footballer of the Year nomination and earned a move to Europe. He also made two Socceroos appearances, scoring two goals.

Unfortunately, through a range of circumstances including injury, selection issues and off-field problems, Babalj hasn’t kicked on, with stints abroad at Red Star Belgrade, AZ Alkmaar and PEC Zwolle.

The striker’s career has stalled but after signing a two-year deal with Czech contenders Mlada Boleslav earlier this month and debuting a few days later, Babalj is hoping it’s time for the “sunshine” after five challenging years.

“It has been a rollercoaster. I don’t like to talk about it.

“It’s been a long series of unfortunate circumstances but I’m here now, I’ve recovered from my knee injury, I’ve played games with Adelaide in the Champions League and now I’ve signed in Europe. It’s looking up. The early days at Heart

“My luck is going to change. I believe in that. I’ve been persistent. I’ve invested in my body so much. I’ve given everything I can to get back to where I should be.

“It’s been a frustrating couple of years, not being able to impact anything.”

Babalj’s move to Red Star in 2012 ended in a premature exit after the Serbian club failed to fully compensate Heart, leading to his A-League return to his former club.

The Sarajevo-born Perth-raised striker moved back to Europe in 2013, joining AZ but was overlooked and battled a groin injury before being loaned out to Zwolle where he failed to make an impact.

AZ also loaned out Babalj to Adelaide United in 2015 where he suffered a long-term anterior cruciate ligament injury.

Babalj and AZ mutually agreed to terminate his contract with a year to run in 2016, with the Australian heading to a specialist clinic in Belgium his rehabilitation. Babalj with the Young Socceroos in 2010

His A-League return with Adelaide in 2017, which included an AFC Champions League goal, marked his full return to fitness after his injury frustration, before finding his way back to Europe with Mlada Boleslav out of the blue.

“I booked a three-week holiday in Europe and I thought I’d be back in Australia where I was,” Babalj said.

“A few things happened and I ended up staying in Europe and training in Belgium where I did all my rehab last year.

“I was just seeing what was out there. This opportunity came up, someone got in contact with me, saying they were keen to see me.

“After having the injuries I had last year, not many teams want to take a risk on you, which is unfortunate.

“They wanted to see me first hand and see if everything was alright. I went in and trained two days and did medical tests. I did all the medicals and funnily enough in that week, I had a few other offers.”

Babalj wouldn’t be drawn on which clubs made him offers, but it’s understood they were teams in Australia and South Korea.

“I had to weigh up what I wanted to do, sometimes when you’re waiting, there’s nothing and you’re stressing and then all of a sudden you get a few options,” he said.

“I was here training, everything worked well, the club wanted me and if someone told me a year ago I’d come back after the injury I’d play in the AFC Champions league, score there and then sign with a top four club in the Czech Republic, I’d take it with both hands. 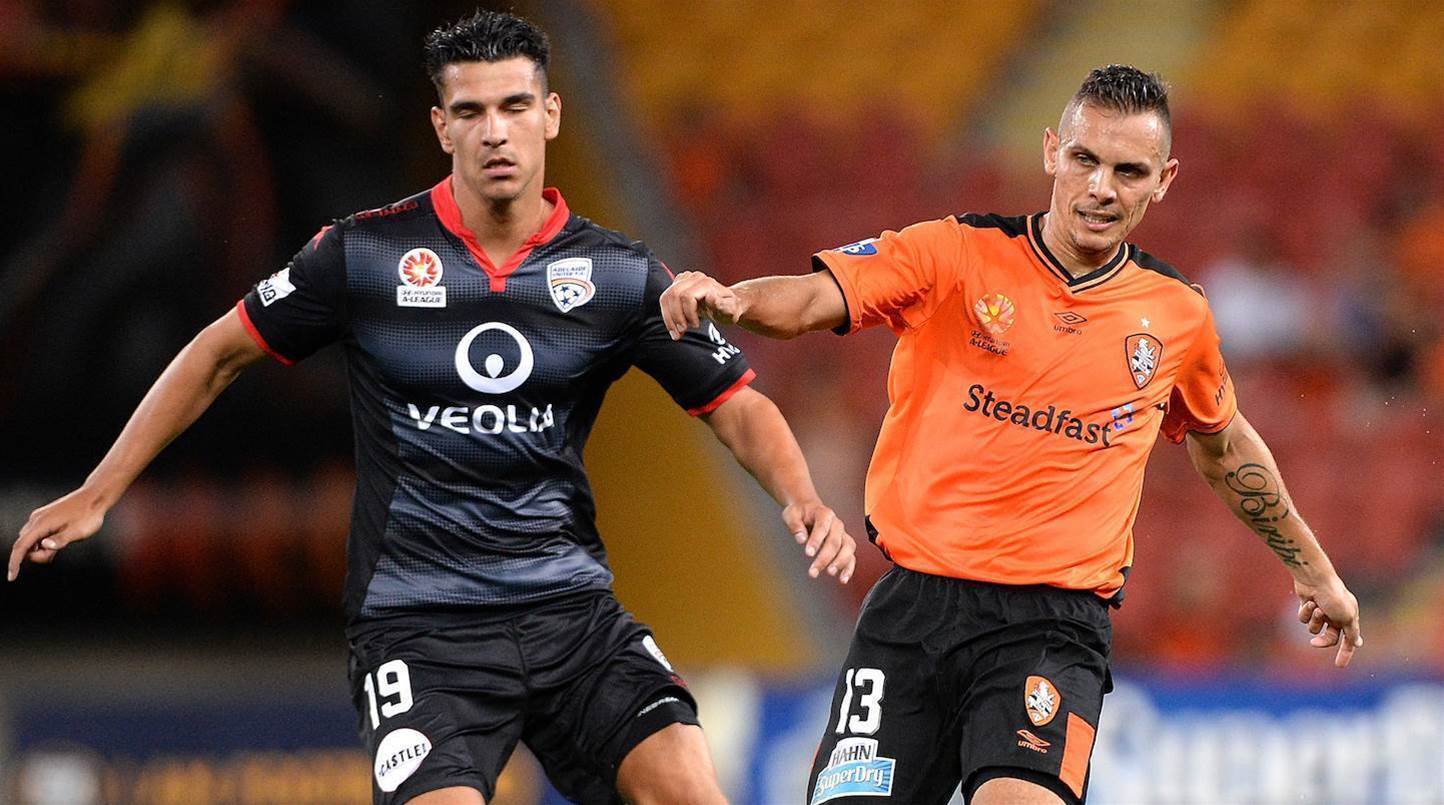 Babalj during his spell with Adelaide

“I’m very grateful for this opportunity. I’m hoping to stay fit and healthy and kick on.

“I want to really kick start my career again.”

Babalj, who is reluctant to do media interviews and doesn’t have any social media profile, is optimistic his time is coming at Mlada Boleslav, who are regularly one of the top four clubs in the Czech league, which is ranked 13th in Europe.

“I think my luck is turning and I’m very fortunate to be where I am now with this contract,” he said.

“I’m hoping to stay fit and healthy. That’s the only thing that’s stalled me in my career so far.

“I know when I’m fit and healthy what I can do. I believe in myself and my body now.

“Hopefully everything goes my way now. That’s all I can hope and believe in.”

Babalj’s Mlada Boleslav are due to face Karvina in the Czech League at 1am Monday morning (AEST).