With bogey-side Perth on their way to AAMI Park tonight - Glory haven't lost to Victory in the Hyundai A-League in just under three years - Muscat confirmed he has been focusing on how to improve the Big V's defence.

And Baro's return will be key.

Muscat on his defence

"It's that concentration, those moments in time because you look at last week's goal and (Josh) Brillante's got the ball in his own half, seemingly no danger, and then all of a sudden we have one opportunity to clear it, a second opportunity to clear it and a cross comes in and we're not picking up in the box.

"So it's not as if we're getting carved open.

"It's not really a big skill set you need to be dealing with these situations. It's a mindset and an attitude and an awareness of what's going on around you.

Muscat on Castro and Co.

"They've got some attacking threats, some real attacking threats. Castro is a phenomenal player. So I'm mindful of when we're attacking our responsibility is to ensure that when we've got the ball that he can't hurt us. That might sound confusing but he's at his most dangerous when you're attacking, so (we need to make) sure he's looked after because he supplies the likes of Taggart, Keogh and Harold."

If Victory can secure three points against Glory, they will have a 12-point gap over the rest of the competition, putting them one win away from ensuring they finish second this season. 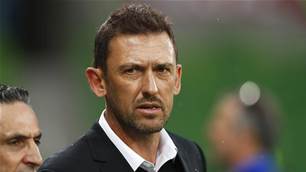 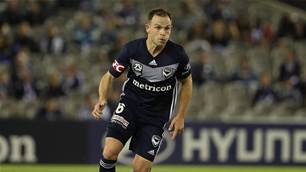