The 20-year-old A-League star has signed a three-year deal, starting initially with the German giants' reserve team in the third-tier 3.Liga competition.

If Singh impresses there, he could become the first Kiwi to play in the first team of one of the European superpower.

He would also become the second New Zealander to play in the Bundesliga after Wynton Rufer, arguably the country's finest attacking player who had six seasons with Werder Bremen.

Singh's performances for New Zealand at the recent U-20 World Cup are believed to have attracted the eye of the German club's scouts, who then pored over footage of the youngster's skilful deeds at the Phoenix.

"They see me as a potential for the first team and they basically want me to develop for the next season, then who knows what will happen from there," Singh said in a statement.

"Depending on how well you do anything is possible. My second team, we train right next to the first team at the same time and if there's injuries or things like that you can get called in quite easy. Now it's down to me to prove myself."

Born and raised in Auckland, he joined the Phoenix Academy in 2015, a source of pride for the club's general manager David Dome.

The Phoenix will receive a transfer fee believed to be in the vicinity of $1 million for Singh, along with enhancing their status as a genuine pathway to Europe for the best Kiwi talent. 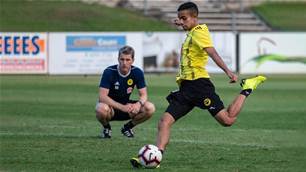 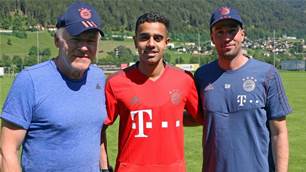 From Wellington to Bayern Munich: Has Australia made a terrible mistake? 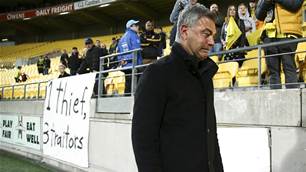 Western off mark amid A-League acrimony