Melbourne Victory winger Fahid Ben Khalfallah has one message for the club's well-heeled derby rivals – money does not buy success.

The City Football Group took over Melbourne Heart in 2014 and the Tunisian said the rebranded club was a driving force behind Victory's push to add to its own hefty trophy cabinet.

“They (Melbourne City) have a big club behind them,"  Ben Khalfallah told FourFourTwo at the new Adidas home court store at Southland. "Manchester City is one of the biggest clubs in the world today.

“You can see, no player is talking about it, but I’ll talk about it, their two players like (Luke) Brattan and (Anthony) Caceres - Man City signed them but now they’re on loan. They have a lot of money and (City) don’t have to pay the whole salary (for these loanees).

“It’s easier for them but it doesn’t matter, you still have to keep winning...

“We have the best support in Australia, but I’m very happy to see City getting better, it’s good for the league, for the competition and for us because we have to be better.

“It’s really good to see them playing like that, getting good results, they’ve brought good players, it’s perfect, I love it because the competition is better, it’s close.” 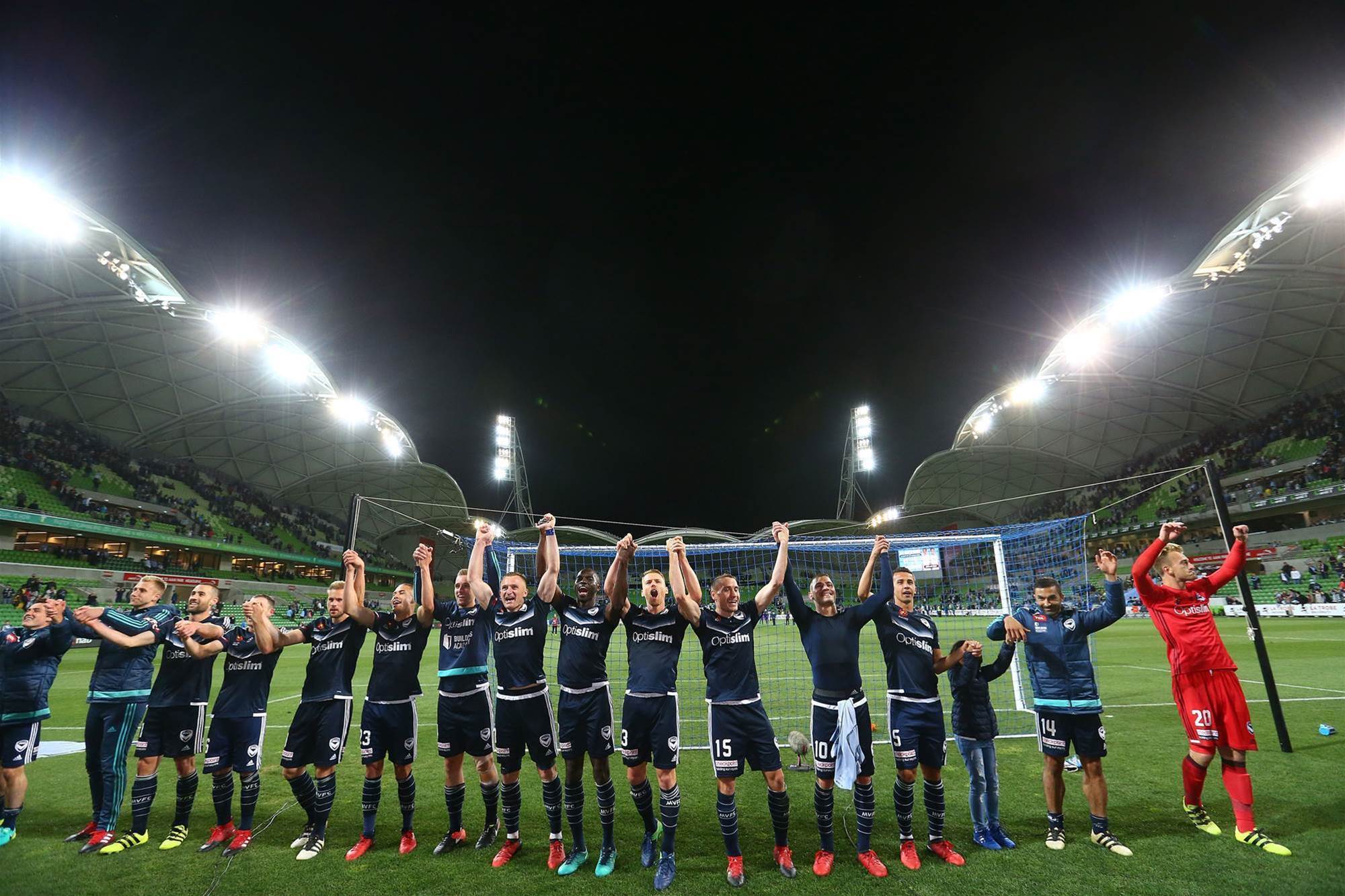 Ben Khalfallah also drew comparisons to Europe after playing for a cluster of clubs in France, most notably Bordeaux.

He said as long as the Victory’s endeavour and hunger for success on-field continued, the money did not matter.

“The thing is you can see how big our club is with trophies...money doesn’t count if you don’t win trophies,” he said.

“Examples like Paris Saint-Germain (PSG) and Man City - they’re not the biggest club in Europe.

“Clubs like Bayern Munich, Barcelona, Real Madrid have a lot of money, not as much as them (City and PSG) but they win every year, they keep winning.

“That’s the biggest thing, you have to win trophies and have big support from fans, big members, that’s what we have. For me that’s how you can see the difference between them and us.”

Ben Khalfallah spoke of his feelings after defeating City on Saturday declaring the Christmas derby the biggest of the regular season.

It was a much needed turnaround for Victory after the first two encounters against City this season resulted in a 4-1 loss in Round 2 and 2-0 knockout in FFA Cup semi-final 10 days later.

“It was a great atmosphere, it was a real rivalry this season with City, they’re getting better in the last two years…(but) we showed to everyone we’re still the best club,” Ben Khalfallah said.

“They smashed us in the second game of the season, we have to be honest and give them credit for that.

“We were ready and now you can see the difference in the month and a half, we’re getting much better, we’ve been playing really good football and scored a lot of goals.

“Two years ago, to be honest, there was no competition between us and them, but now you can see there’s a big competition, but we’re still better, we have to keep winning and it’s good.

“We had a lot of pressure for the game but for the club, our fans, it was a very important game and we were very happy.

“Especially as we were losing 1-0, so we showed to everyone Victory is still here and we’ll see at the end of the season.” 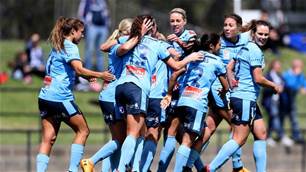