A-League 100-goal striker Besart Berisha joins some of the biggest names in world football after being honoured by EA SPORTS.

Berisha has been awarded the coveted purple hero shield after a stellar career in Australia that saw him reach the magical century of goals last weekend.

And in doing so, the deadly striker and Kosovo international becomes the first ever player from the A-League or Asia to have been given this honour.

Berisha, who began his career in Australia with Brisbane Roar before transferring to Victory, joins football royalty in Real Madrid's Cristiano Ronaldo and Premier League stars Zlatan Ibrahimovic, Wayne Rooney and Harry Kane who have also received the shield. 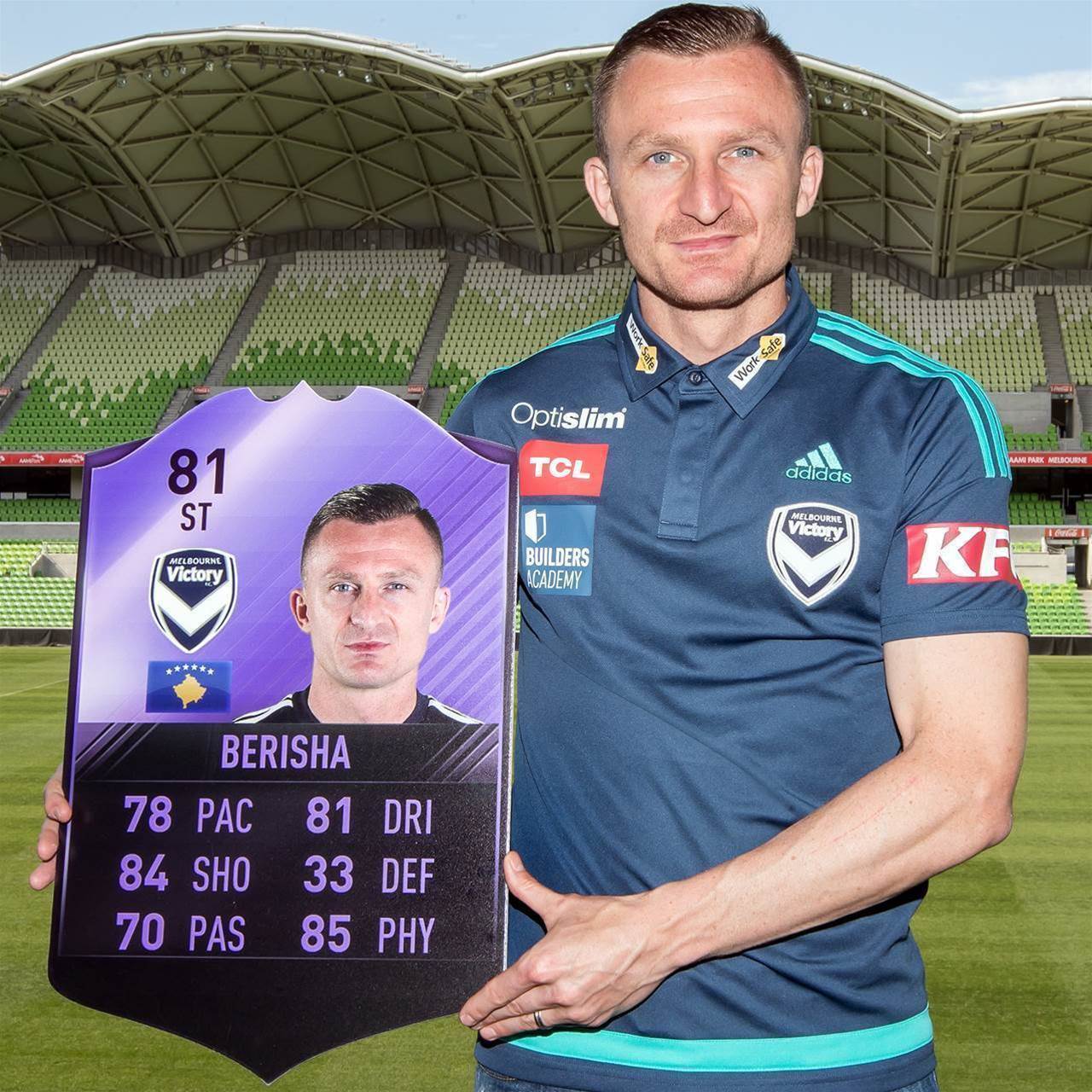 Last week, Berisha confirmed himself as one of the greatest-ever in the Hyundai A-League after he slammed his 100th goal in Australia’s top league when Victory defeated Mariners 1-0 at AAMI Park.

The Heroes were created in FIFA 15 Ultimate Team to reward individual honours, like best players and best young players awards, and heroic contributions during an important match.

To be the first ever player from the A-League - or any league in the AFC - to be awarded the purple shield is a massive achievement for Berisha and the whole game in Australia.