There won't be much time to celebrate for Socceroos defender Brad Smith if he can help Seattle to secure the MLS Cup.

Smith will become the first Australian to appear in the tournament's final when the Sounders host Toronto at CenturyLink Field on Sunday (Monday AM AEDT).

Hours after the match, the 25-year-old will get on a plane to head to Jordan for Australia's World Cup qualifier in Amman on Thursday (Friday AM).

Socceroos coach Graham Arnold is confident Smith, who has forced his way back into the national team after a horror run of injuries, will have no drama backing up against Jordan.

"We've spoken to him; he can't wait; he did exceptionally in the Chinese Taipei game," Arnold said.

"We're proud of him that he's in the final and we're wishing him all the best but it's no issue at all (the travel)."

After struggling for regular football at English Premier League clubs Liverpool and Bournemouth, Smith has found a home in America's Pacific northwest at the Sounders.

The MLS Cup final will mark the end of Smith's loan spell but he hasn't ruled out making the move to Seattle permanent.

Arnold said the North American league was a destination he'd encourage more Australians to consider for their development.

Tim Cahill, Danny Allsopp, David Carney, Andy Rose and Bernie Ibini have all played in the MLS before Smith.

"The standard is growing and growing," Arnold said.

"The crowds are fantastic and Brad Smith has shown probably a lot of Australian boys a pathway to the US.

"They've got great training facilities. They've got everything that you need. Culturally, it's very, very similar to Australia. It is another good avenue for Australian players to go." 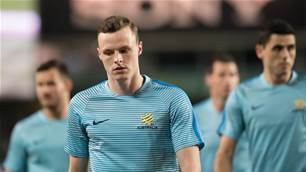 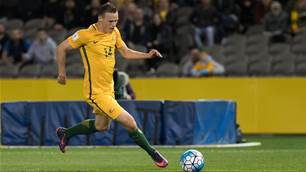 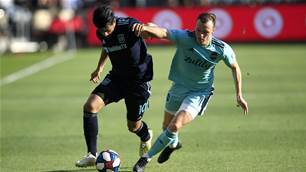 USA the land of hope for Socceroo Smith