Anderlecht midfielder Lucas Biglia has revealed he was on the edge of depression earlier in the season.

The Argentina international returned to the Brussels side late after the Christmas break, leading to speculation he had set his sights on a move away from Anderlecht.

However, he has indicated mental problems were the reason for his prolonged stay in his homeland.

"Was I depressed? I'd say that I was on the edge of a depression," Biglia told Het Nieuwsblad.

"They prescribed me all kinds of medicines. There were some anti-depressants among them, but I immediately told my wife that I wasn't taking those.

"I'm still using medication and Anderlecht know all about it. The most important thing for me is that I know what the problem is. I set myself too many objectives.

"It hurts that some people doubted me. This was more than just migraine. I now realise that there's more to life than just football."

Biglia has made six official appearances for Anderlecht since returning to the club. 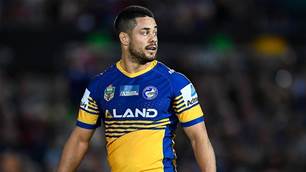