Fringe Socceroos goalkeeper Mark Birighitti is bullish about his second season with Dutch Eredivisie club NAC Breda despite being dropped in February.

Birighitti was overlooked for Australia’s 2018 World Cup squad after falling out of favour in his maiden season at NAC and is currently on holidays in Greece.

The 27-year-old goalkeeper moved from Swansea City to NAC in September on a two-year deal chasing first-team football.

He initially was the side’s preferred custodian until a poor run of league results, which had the club fearing relegation, led to him being demoted for understudy Nigel Bertrams.

NAC avoided relegation and have undergone a change of management in the off-season, with Stijn Breven replaced by reported Sydney FC target Mitchell van der Gaag.

“I currently have one more year left on my contract and with a new coach arriving to the club it brings new opportunities.”

Birighitti is at his third European club with NAC, having spent time on loan with Varese in Italy’s Serie B in 2015, along with Swansea whom he joined in 2016 from Newcastle Jets.

The Perth-born shot-stopper felt he was in the right league with the right club to take the next step in his career.

“The Eredivisie is a great league for any player to develop and to make that next step,” Birighitti said.

“Personally I played 19 games and during that time my performances were not as consistent as I would have liked to have been.

“I’m working hard day-in day-out on my game and always finding things to improve on.”

Birighitti was relegated to second choice by Breven following a 6-1 win over Heracles.

“No there was no real reason,” Birighitti said.

“There was a phase we went through where we weren’t winning games and there was a lot of outside pressure from the supporters to make changes to the whole team.” 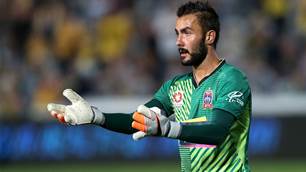 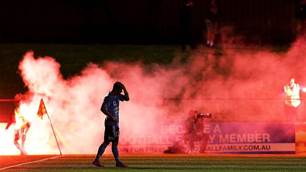