Blackburn have been granted permission by Blackpool to talk to manager Michael Appleton over their vacant managerial post.

The development represents a U-turn by Blackpool after initially rejecting Blackburn’s first approach earlier on Thursday.

Blackpool have announced that both Appleton and first-team coach Ashley Westwood are set for talks with the Ewood Park outfit.

A statement on the club's website read: "Blackpool FC can confirm that following discussions with Blackburn Rovers and Michael Appleton, permission has been granted for the manager and Ashley Westwood to discuss personal terms with the club."

Appleton, who did not take training on Thursday and cancelled his weekly press conference due to the speculation, took charge of Blackpool on November 7 following Ian Holloway's switch to Crystal Palace.

Managing director Derek Shaw confirmed in a statement Appleton is the only candidate to have been formally approached.

"I can confirm that we have made an official approach to Blackpool FC about our interest in speaking to Michael Appleton. This is the only candidate we have approached for the manager's job," he said.

Blackburn's global advisor Shebby Singh had hoped to make an appointment by New Year's Day, with reserve-team manager Gary Bowyer in charge of first-team affairs after the sacking of Henning Berg. 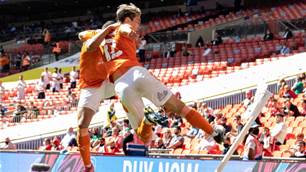