The goals were flying in at break-neck speed in the opening exchanges but by half-time their was no more than a single goal between the competing teams.

Cup holders Melbourne City will be sweating on the fitness of their strike ace Bruno Fornaroli who went to ground under a heavy challenge.

Just over a month out from the start of the A-League season the Uruguayan was stretchered off on the half-hour after with an ankle injury.

Hakoah defender Bradley Walker was given a yellow for his tackle from behind on the former Golden Boot winner.

FFA Cup Round of 16 pic special In the match of the round, Bentleigh Greens started off strongly but the defence was caught napping when Robbie Cornthwaite found the opener against the run of play.

The goal by Western Sydney Wanderers' big central defender was all that separated the teams at the break after Greens shotstopper Ryan Scott pulled off a fantastic sliding save to deny Jaushua Sotirio on 37 minutes.

Wanderers' marquee signing Oriol Riera  doubled the advantage with his second of the campaign.

The Spaniard latched onto a perfect cross from Josh Risdon and headed in off the underside of the  crossbar. He then missed an opportunity to make it 3-0 when he fluffed his lines from the spot, beating the goalkeeper but not the upright.

Mark Bridge on his return made no such mistake from the spot to make it 4-0 after Steven Lustica had grabbed Wanderers third.

The night ended badly for Greens' Nick Ward who was was sent packing for a second yellow against his former club. 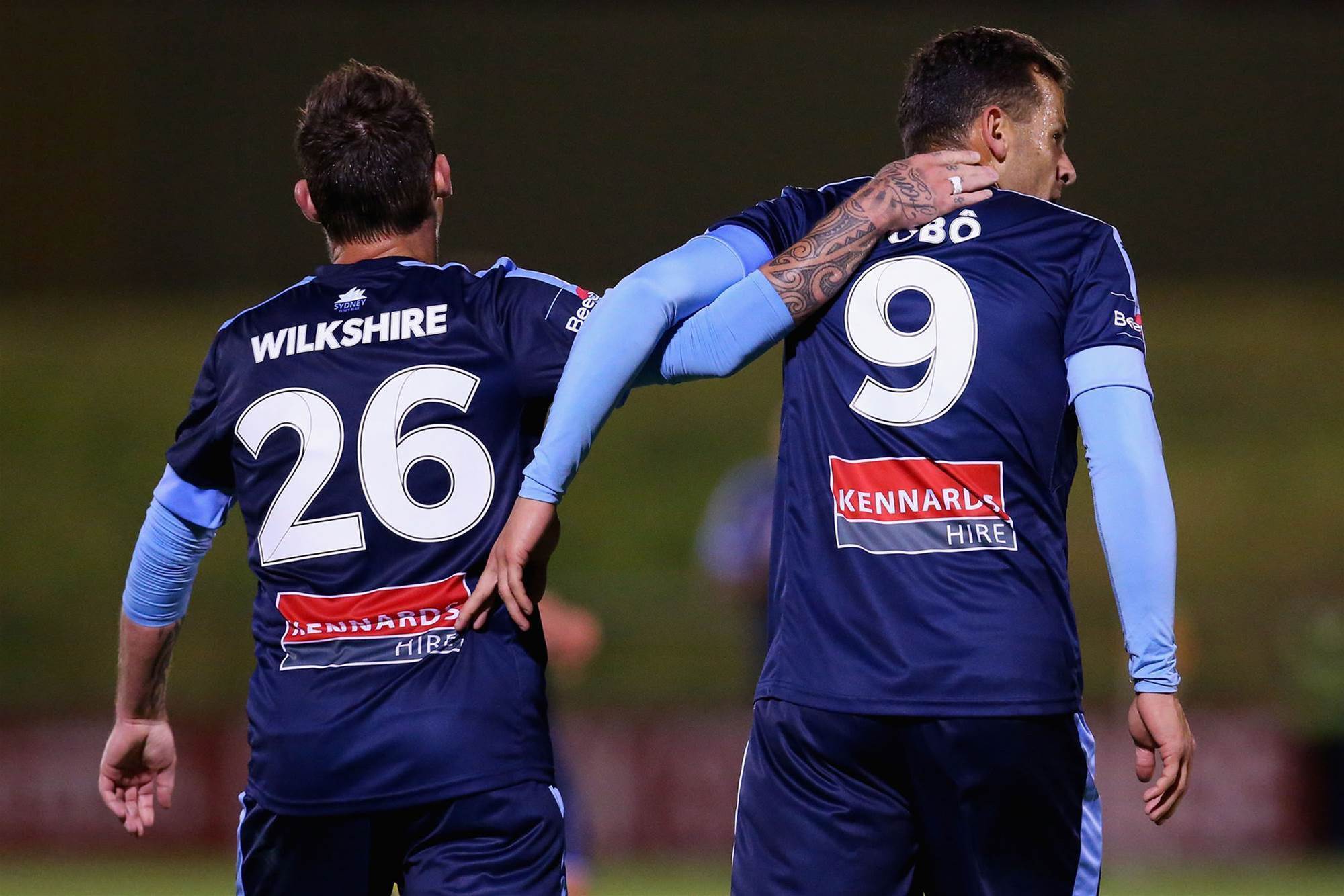 It took the A-League Champions less than five minutes to get on the scoreboard in this David and Goliath battle at the Sydney United Sports Centre. But they had to wait until just after the hour to get their second through Bobo.

Sydney's polish import Adrian Mierzejewski then put the finishing touches to the win, scoring from the penalty spot in stoppage time. In the all federation match-up it was a big night for former A-League player Joey Gibbs who netted a brace in Blacktown City's come from behind win. It was the second brace in as many matches for the attacker.

How is @BlacktownCityFC Joey Gibbs not playing in HAL this coming season?? Seriously?? #FFACUP #MAGICOFTHECUP

Congrats to @hakoahfc who scored a @NAB Golden Goal through Andre De Jong. @hakoahfc will receive $2,500 thanks to @NAB. #GoldenGoals pic.twitter.com/fJS8IEgh6n

Three goals within the opening 13 minutes set the scene for this intriguing battle at Leichhardt Oval.

The reigning Cup holders took the lead through Michael Jakobsen but Hakoah showed they were not just there to make up the numbers as Andre de Jong found the equaliser just two minutes later.

Another three minutes on the clock and City were back in front through Nick Fitzgerald.  Denis Genreau came on as a sub for  Bruno Fornaroli in the first half and made his moment count scoring City's third.

But City's defence, as it has so many times in the past, gave their opponents a foothold back in the match when Jack Green outstripped the defence to put Hakoah within a goal of parity.