An unforgettable long-range strike from Danny Choi has seen Blacktown City come from two goals down to triumph 6-2 over Sydney United 58 in extra-time.

Choi scored from well inside his defensive half in the first half of extra-time, blasting the ball over Sydney United goalkeeper Nenad Vekic and into the net to put Blacktown in front for the first time in the match.

Patrick Antelmi then struck twice in the second period of extra-time, completing his hat-trick, and another goal to Mitch Mallia wrapped up the hosts' maiden win on the national stage of the FFA Cup at Lily's Football Centre.

It was an incredible performance from Blacktown, especially considering they had Riku Sasaki sent off early in extra-time for a second bookable offence.

In a match involving the top two in the NPL NSW, it was leaders Sydney United who started best, with Chris Payne scoring a brilliant goal from a tight angle before captain Robert Mileski doubled their lead in the 13th minute.

But Joey Gibbs' 35th-minute strike sparked Blacktown's comeback, while Choi - who finished the match with a goal and two assists - teed up Antelmi's equaliser with 16 minutes left in regular time in one of the FFA Cup's greatest games. 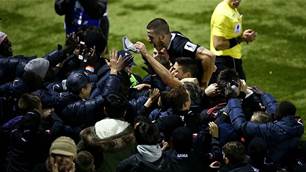 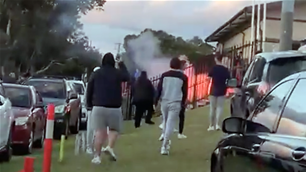 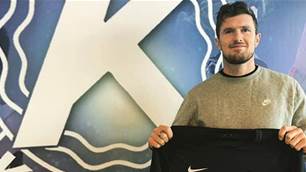