Adelaide United striker George Blackwood believes the best players should get a run in the A-League rather than consistently relying on veterans.

In a week where arguably the most famous Socceroo, Tim Cahill, left Melbourne City, a number of inexperienced youngsters had a crack in Round 10.

And in the Sydney Derby, Keanu Baccus and Lachlan Scott were given a crack in Wanderers’ 5-0 loss to the Sky Blues.

Blackwood felt it was important to have veterans dominating the league, but youth also needed to be prioritised to grow the game.

“Playing as a striker is an important position and they need to be scoring goals,” the 20-year-old told FourFourTwo.

“I think the best players should play no matter where they’re from or where they’ve played in their career whether they’re young or old.

“I think there are a lot of good young players in the A-League who aren’t getting the game time that’s warranted. I’m just happy I’m at a club where age doesn’t matter.”

Agree completely, this season we’ve seen #aleague debuts from Atkinson today, Perth’s young gun  Italiano, Keegan Smith, DJ Joey Champness and my personal favourite Ryan Strain. We should be talking about these kids more instead of Star Wars Round this, #socceroos bolter that.. https://t.co/dBlgrDNrK5

Not enough commentary on this but I for one am very excited to see so many young players be given their opportunities and do well in the @aleague across the board over recent weeks. The future is bright #aleague

Yes, but also A-League clubs are reluctant to give youngsters a go.
Rather recycle has-beens than cultivate raw youngsters. Short-term vision = bandaid for a broken leg

Almost all current forwards in the Socceroos were made in the A-League, however the national team has struggled to find a consistent goal scorer apart from Cahill.

Blackwood felt the strikers down under needed to show they could compete with the foreigners in the A-League.

“Jamie Maclaren was here last season, he scored over 20 goals and he was an Australian striker,” he said.

“I think a lot of us Aussie boys just need to prove ourselves a bit more. It’s a tough question to answer.”

United boss Marco Kurz has maintained his faith in Blackwood and Senegalese striker Baba Diawara and it paid dividends after they both scored in their 2-1 win over Victory last week. 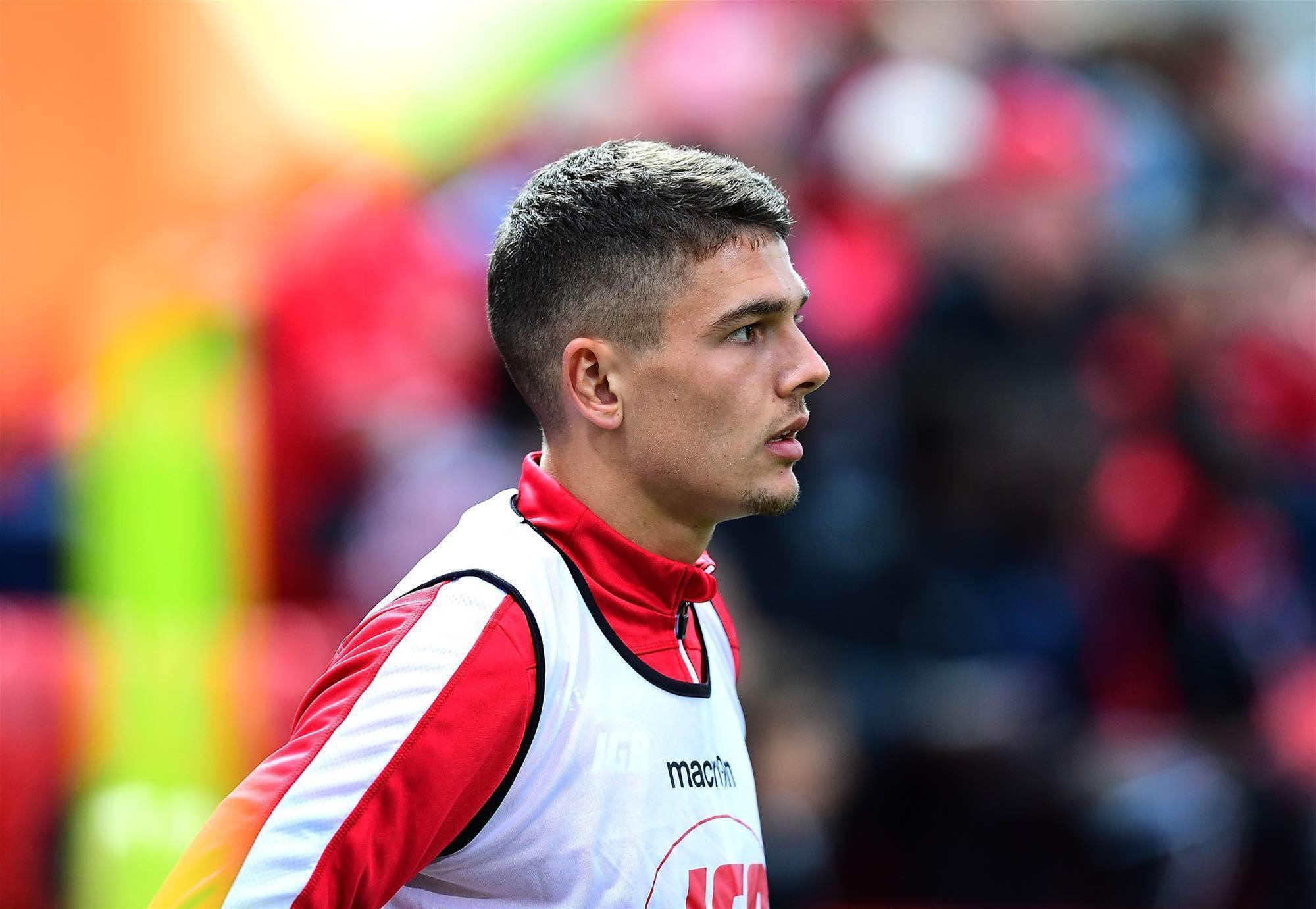 Blackwood came from Sydney’s youth set-up and managed 19 games and one goal for the senior team before joining the Reds.

He said he felt rejuvenated when he joined Adelaide who currently sit fourth on the table.

“At the time, it was probably the safe option to stay at Sydney, but I think I took a bit of a leap of faith to join a club where I thought I’d get more opportunities,” he said.

“It’s worked so far and hopefully I can start contributing more to the final third in the team. Not only scoring goals, but creating them as well.

“It’s refreshing coming into a club where your career doesn’t mean anything, it’s whoever trains the best, plays.

“I’m just happy I’m in this situation and whether it’s off the bench or starting, I’ll just do what the coach wants me to do. His instructions are always clear and I know what my job is when I’m out on the park.”