The Englishman,nicknamed ALF or Alfie, has featured at all levels of English football including a spell for Reading where he earned the club’s Player of the Season Award during their 2012-13 Premier League campaign, as well as their first ever Premier League Player of the Month award.

Le Fondre scored 41 goals in 110 appearances for the Royals in the Premier League and Championship in one of the most prolific spells in his career.

The 31-year old joins having most recently played for Bolton Wanderers in the Championship, and said he is excited to become a Sky Blue.

“This is the opportunity of a lifetime for me and I’m very much eager to get started at Sydney FC,” le Fondre said.

“I’ve heard nothing but good things about the club, they are winners with a winning culture and I’m a winner, so I believe it is the perfect match.

“My job is to score goals and I am very confident I can do that at Sydney FC, particularly with the quality players that are already in the squad.

“It’s an honour to join one of the biggest clubs in Australia and I’m confident we will continue to enjoy success.”

Sydney coach Steve Corica welcomed le Fondre to the club and said he was looking forward to watching him in action.

“Adam’s record speaks for itself, he’s a natural goal-scorer and at 31 he is in his prime,” he said.

“To reach double figures in your first Premier League season is no mean feat and I’m sure he will become a big success at Sydney FC.

“We already have the quality to provide Adam with the service he thrives on and with one or two more players to come, it is going to be extremely exciting to see what he will produce in Sky Blue.”

Le Fondre is likely to skip Sydney's FFA Cup trip to Cairns on Tuesday to recover and re-adjust after his flight from the UK. 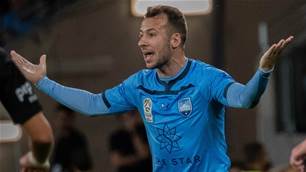 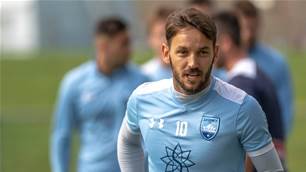 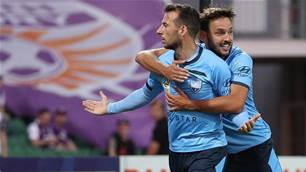